India have won all their World Cup 2019 matches completed so far and shared points with New Zealand in a rained-out game. They will be keen to keep a winning combination going for the match with the West Indies. 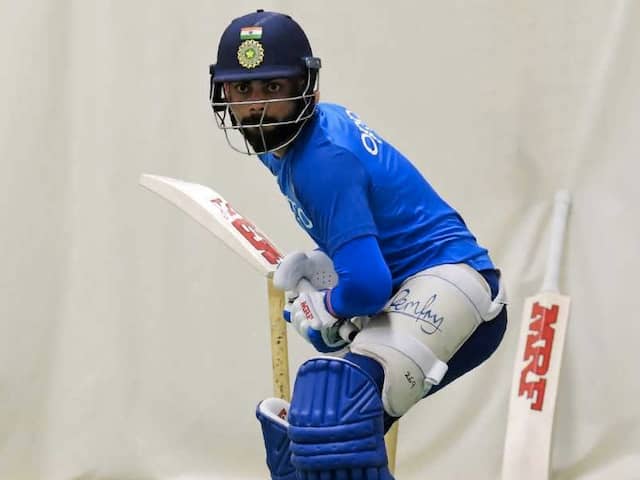 India will aim to continue with their unbeaten streak in World Cup when they face West Indies.© AFP

India, after New Zealand's defeat to Pakistan, are the only unbeaten side in World Cup 2019 and the team would look to continue in the same vein when they face the West Indies at Old Trafford on Thursday. Out of their five games so far, India have won against South Africa, Australia, Pakistan and Afghanistan while their match against New Zealand was washed out due to rain.

The West Indies, on the other hand, will come with their semi-final dreams in tatters, hoping for a win here and favourable results elsewhere.

The dangerous Andre Russell, who has been ruled out of World Cup 2019 owing to hamstring injury, will be a major miss for the West Indies.

For India, the team physio and bowling coach are keeping a close eye on Bhuvneshwar Kumar, who suffered a hamstring injury against Pakistan. India are unlikely to take any risk by playing unfit Bhuvneshwar with the knockouts around the corner. Mohammad Shami, who produced a phenomenal display against Afghanistan in the last game, would be India's happy choice against the West Indies.

The forecast at Old Trafford, Manchester, is of partly cloudy skies but fair amount of sunshine.

Old Trafford, Manchester World Cup 2019 West Indies vs India, Match 34 Cricket
Get the latest updates on IPL 2020, check out the IPL Schedule for 2020 and Indian Premier League (IPL) Cricket live score . Like us on Facebook or follow us on Twitter for more sports updates. You can also download the NDTV Cricket app for Android or iOS.