World Cup Preview: All Eyes On Manchester Weather As India Take On Pakistan In Blockbuster Clash

India are unbeaten in World Cup 2019 so far, while Sarfaraz Ahmed-led Pakistan have just a solitary win to their name. 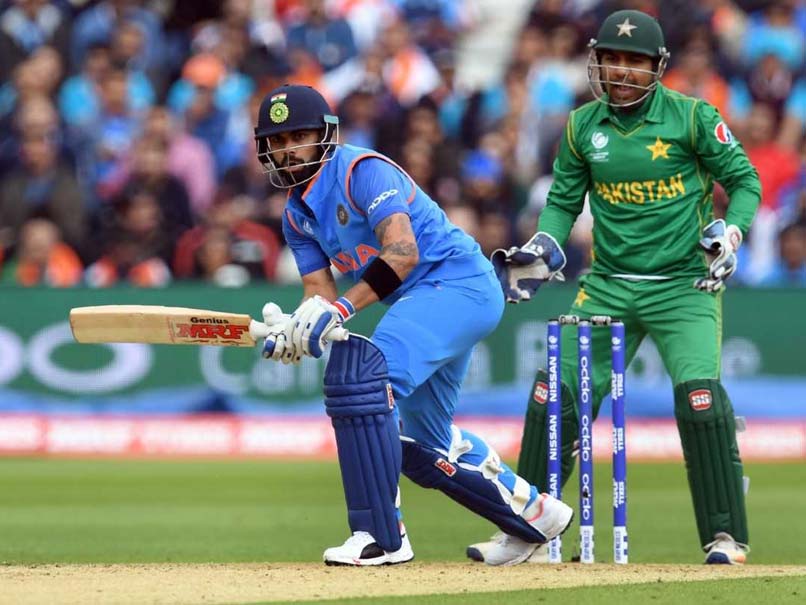 India and Pakistan will resume their exhilarating cricket rivalry when they lock horns in a World Cup 2019 league stage match at Old Trafford in Manchester on Sunday. However, the rain gods might play a spoilsport in the blockbuster clash. If weather permits, the arch-rivals will leave no stone unturned in the match that created a storm well before its arrival. While India, under the captaincy of Virat Kohli, are unbeaten in World Cup 2019 so far, Sarfaraz Ahmed-led Pakistan have just a solitary win to their name -- a shock victory over top-ranked England.

Even if they feel that it's just another game, perhaps all players in their hearts know that this is a special match even if at times the reason is purely non-cricketing.

No wonder Sachin Tendulkar urges Indian batsmen to be more aggressive against a skillful Amir unlike 2017 Champions Trophy while skipper Kohli speaks about having an "ideal mindset" even if the first-timers may find the "occasion intimidating". The narrative of India vs Pakistan duel is such that irrespective of whether it is a World Cup game or not, it creates heroes or villains for life in the eyes of fans.

Ajay Jadeja's assault of Waqar Younis in the 1996 World Cup quarterfinal or Salim Malik's 72 off 35 balls in a tough run chase that stunned the 90,000 plus at Eden Gardens in 1987 are stuff of legends.

People remember these matches while forgetting that both were proven match fixers, who brought the game into disrepute.

Chetan Sharma, despite a World Cup hat-trick and five-for in a Lord's Test, is remembered for Javed Miandad's last ball six in Sharjah in 1986. He was a far better bowler than that to live with a curse of a full-toss.

Hrishikesh Kanitkar's international career wouldn't possibly deserve a footnote but people still remember him fondly because of his last ball boundary off Saqlain Mushtaq, under fading lights in Dhaka in 1998.

Both defy logic but since when have fans cared about logic.

For them, this is 'The Match' and there's a binary feel to it. Either you win or lose. Everything else is forgotten duly.

The exponential increase of media frenzy always hypes it up at insane level even though all the six World Cup duels that India have won have been pretty one-sided.

The Bengaluru quarter-final in 1996 or Mohali semi-final in 2011 were exciting but it didn't go down to the wire. But with no bilateral series being played for years now, each match despite being lop-sided has had a certain novelty attached with it.

On the field, Amir's first spell will certainly keep his team interested after a brilliant performance against Australia. Rahul and Rohit, both of whom have minimal footwork in beginning of an innings, will try to be more assertive.

Kohli has always enjoyed a fabulous track record against Pakistan, having scored a hundred in the 2015 game at Adelaide. A hundred is due and Indian captain's sense of occasion makes him a big contender for a three-figure mark.

It will be a test of temperament for the youngsters like Hasan Ali and Shaheen Shah Afridi, who have hardly bowled to the world's best batsman.

The Old Trafford looks good for batting even though conditions will aid both seam and swing. India's middle-order will have a role to play in the game. Dinesh Karthik's experience was supposedly the choice of the team management in the last game but that was factoring in a curtailed game.

In case of a full game, Vijay Shankar could be the No 4 if India wants a few overs of seam-up stuff from him or else stick to Karthik, who has more experience of pressure situations.

The seaming conditions and Pakistan's comfort against spinners might prompt Kohli to drop one among Yuzvendra Chahal and Kuldeep Yadav and go for Mohammed Shami, who could be devastating in these conditions.

Jasprit Bumrah will have a score to settle against Fakhar Zaman, bowling against whom, the last thing he would want is to overstep.

Bhuvneshwar Kumar would like to bowl that probing off-stump line which can keep opposition best bet Babar Azam at bay.

Mohammed Hafeez's years of experience will be up against Hardik Pandya's panache. Last but not the least, India's MS Dhoni will "lead" from the back and that will be the team's trump card.

Sarfaraz Ahmed India vs Pakistan, Match 22
Get the latest updates on IPL 2021, check out the IPL 2021 Schedule and Indian Premier League Live Score . Like us on Facebook or follow us on Twitter for more sports updates. You can also download the NDTV Cricket app for Android or iOS.