India will face Pakistan at the World Cup 2019 on June 16 in Manchester. 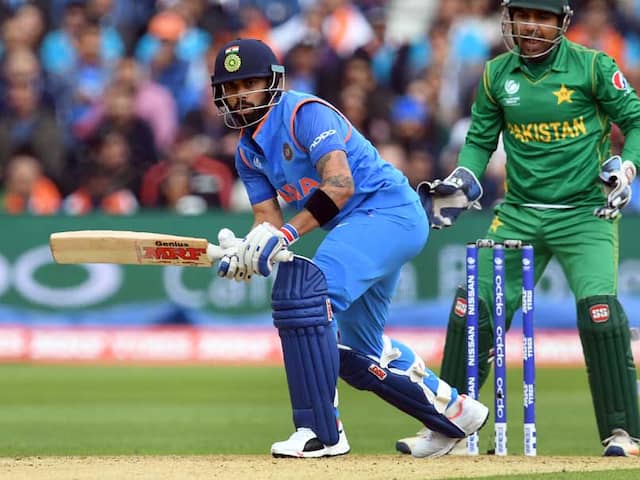 Old Trafford in Manchester is in readiness to host the biggest clash of the year.© AFP

Old Trafford in Manchester is in readiness to host the biggest clash of the year - India vs Pakistan at the World Cup 2019 on June 16. Manchester will also host India's clash against the Windies on June 26 but according to Cricket Lancashire, there has been a huge demand for the match between India and Pakistan as the tickets for the mega clash were sold out within 48 hours, with most of the enquiries for the match coming from India.

The corporate sales and business development manager at Cricket Lancashire Dan Whitehead believes the atmosphere during the India-Pakistan clash will be louder than a India-England clash.

"It is definitely going to be huge. Last year when India played against England in a T20 match here, it was a gorgeous sunny day and the crowd was predominantly Indian. The stadium was painted with Indian colours and the Bharat Army was very noisy. It was a great game of cricket and India was far too good and the atmosphere was amazing and it's going to be even louder for the India-Pakistan Game," said Dan Whitehead, Corporate Sales and Business Development Manager at Cricket Lancashire.

"Because of the huge demand, we created more packages and at this very moment, we have only 200 packages left for those who would like to still make it for the big game," said Whitehead.

According to IANS, a night before the big match, a huge concert will be organised in the city by Bharat Army with noted Punjabi singer Guru Randhawa performing it.

India hold a clear upper hand over Pakistan in the marquee tournament, winning all six of their previous meetings.