Varun Aaron said the intensity in a India-Australia match is more than his national team's tie against Pakistan. 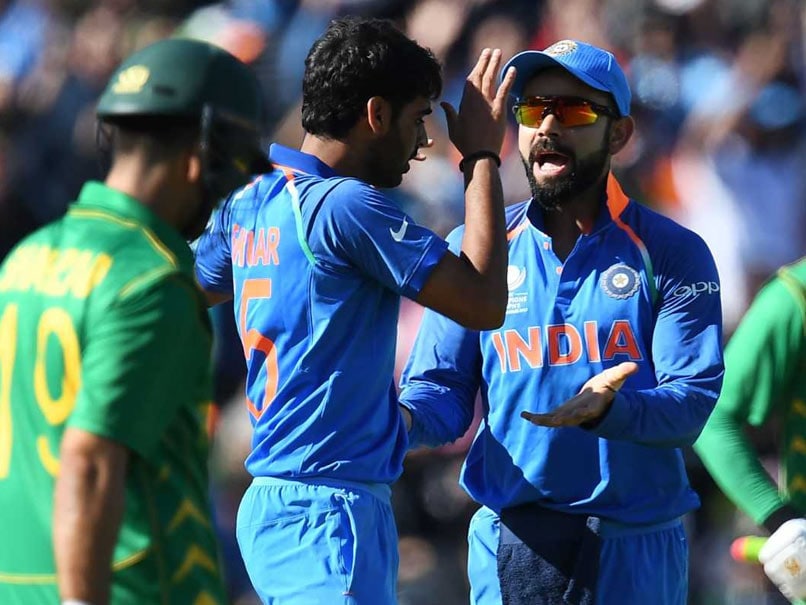 Varun Aaron did not have a fruitful season with Rajasthan Royals (RR) in the Indian Premier League (IPL) 2019 but he decided to hog all the limelight with his comments about India's chances against arch-rivals Pakistan in the upcoming cricket World Cup. The 29-year-old, who has played only nine One-Day Internationals (ODIs) for the national team, believes India have a better team than Pakistan, and should get the better of their biggest rivals easily in the World Cup 2019.

"We have a much better team than Pakistan, there is no reason why we shouldn't win the match against Pakistan. I feel India has developed a fierce rivalry with Australia off late and the intensity of India-Australia matches are almost outdoing the intensity of India-Pakistan matches. The rivalry between India and Pakistan will always be there, but the match to look out for will be the India-Australia one," Aaron told ANI.

Former Pakistan all-rounder Shahid Afridi, in his autobiography 'Game Changer', slammed India's former cricketer Gautam Gambhir for his attitude and said Gambhir acted like he was a cross between Don Bradman and James Bond.

However, Aaron said there is nothing much serious about this issue as everyone tries to make their book more interesting for the readers.

"Everybody wants to make the book interesting for the readers. But as far as I know, all India-Pakistan cricketers have good relations off the field. Knowing all the Pakistan players, we are just like brothers from another country. All of the guys speak to each other in Punjabi, otherwise I don't see anything much serious in this issue," Aaron said.

Aaron also believes that the Indian team has one of the best chances of winning the World Cup due to the balance the team possess. He also opined that the team's players have experience in the overseas conditions and the team's bowling lineup is a very varied one.

"I feel we have one of the best chances of winning the World Cup with the side we have. We've got an unbelievable batting lineup and our bowlers have been great of late. All the players have experience in the overseas conditions so I don't think anyone should have questions. Our bowling line-up is a varied line-up. You got Bhuvi who can swing the bowl, Bumrah can bowl really at the front and in the death, Shami bowls with great speed and I really hope they win the Cup back," he said.

The 29-year-old Aaron said the conditions in England for the upcoming World Cup will be quite flat and the bowler said the hosts England is one of the favourites for the World Cup. He believes that the West Indies are going to be the dark horses in the World Cup due to the big hitters they have in their ranks.

"The English tracks are quite flat, it's just the atmosphere that helps the bowlers. You are going to see big scoring games because of the small size of the grounds. If there's cloud cover you may see swinging conditions for the bowlers," Aaron told ANI.

Aaron believes that having MS Dhoni in the team is a very good thing for captain Virat Kohli and Dhoni's ability to influence bowlers from behind the stumps will hold the team in good stead in the World Cup.

"Dhoni is the most accomplished captain that India has ever had. I am glad that Virat has Dhoni in his ranks who can give him advice. Dhoni marshalling the troops from behind will play a crucial role in the upcoming World Cup," Aaron said.

Aaron hopes to make it to Team India and said if he is able to bowl at his potential, he's sure he'll be able to stage a comeback in the team.

Aaron is currently playing for the Rajasthan Royals in the ongoing Indian Premier League (IPL) and the team's hopes of making it to the playoffs hang by a thread.

The team needs to win their final match and then they need other results to go their way to progress to the playoffs.

Rajasthan Royals changed their captaincy reins in the middle of the tournament. Steve Smith replaced Ajinkya Rahane as the captain of the team.

Aaron believes that the captaincy change did not affect the side much and opined that players were highly motivated as they had to win every match in the tournament to stay alive for a possible shot at playoffs.

"I wouldn't say there are too many changes, nothing has changed much. I would just say when Smith took over the captaincy we were in a position where we need to win almost every game. The boys were that much motivated and there was a spirit in the team. Smith is a great captain, we have come up with great results. I would say nothing has changed much, it was a change in mindset knowing the situation we were in," Aaron said.

Aaron has played 9 Tests and 9 ODIs for India in which he has taken 18 and 11 wickets respectively.

Varun Aaron World Cup 2019 Cricket
Get the latest updates on ICC T20 Worldcup 2022 and CWG 2022 check out the Schedule, Live Score and Medals Tally. Like us on Facebook or follow us on Twitter for more sports updates. You can also download the NDTV Cricket app for Android or iOS.