Rohit Sharma Scores 4th Century In One World Cup, Most By Any Indian Batsman

Rohit Sharma equalled Kumar Sangakkara's record for most centuries in a World Cup. 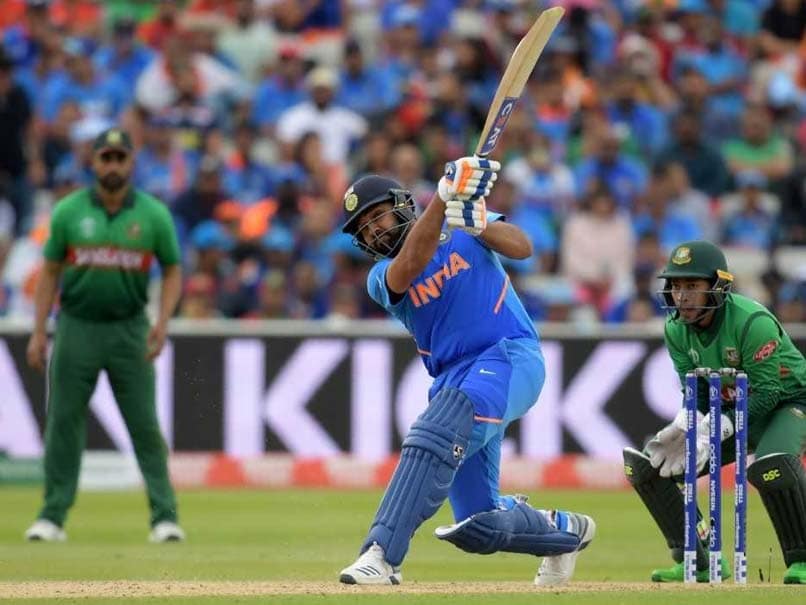 Rohit, who now has five World Cup centuries to his name, also surpassed Australian opener David Warnerto become the highest run-scorer in the World Cup 2019. He started with a six in the first over but mistimed a pull off paceman Mustafizur Rahman only for Tamim Iqbal to drop a simple catch at deep mid-wicket with the batsman on nine.

Rohit, who scored a century in India's first World Cup defeat to hosts England on Sunday, hit another two sixes and four fours as India reached 87/0 at the end of 15 overs.

A win for Virat Kohli's India would ensure a semi-final spot in the 10-team event.

Bangladesh needs to win both of their final fixtures, against India and Pakistan, and hope results elsewhere go in their favour.

India Cricket Team World Cup 2019 Cricket
Get the latest updates on IPL Auction 2023 and check out  IPL 2023 and Live Cricket Score. Like us on Facebook or follow us on Twitter for more sports updates. You can also download the NDTV Cricket app for Android or iOS.