India vs Afghanistan: Sachin Tendulkar and Brian Lara achieved the record in 453 innings. 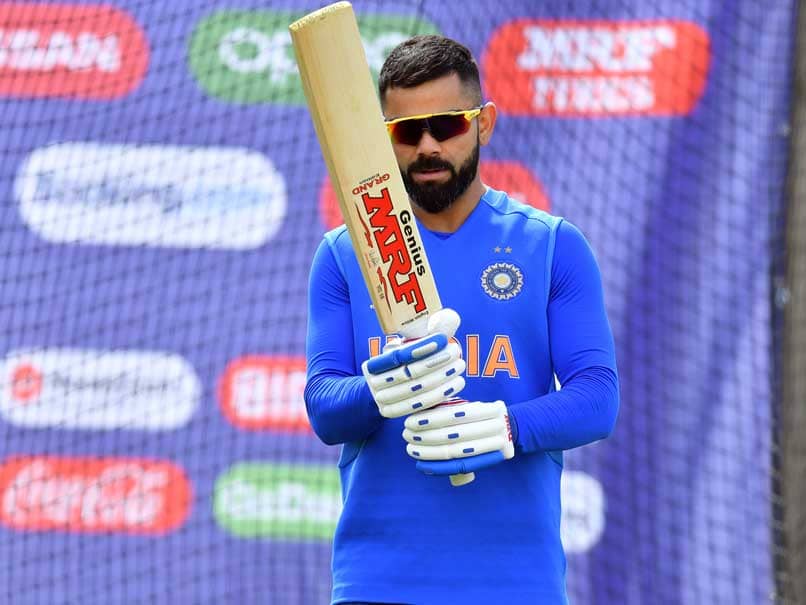 Virat Kohli makes record breaking look easy and ahead of the India vs Afghanistan World Cup 2019 clash on Saturday he has put another one on the line. Virat Kohli, yet to score a century in the World Cup 2019, is only 104 runs away from becoming the fastest to score 20,000 international runs. Virat Kohli has taken only 415 innings -- 131 in Tests, 222 in ODIs, 62 in T20Is -- to register 19,896 international runs, putting cricket legends Sachin Tendulkar and Brian Lara's current joint-record under threat. Sachin Tendulkar and Brian Lara achieved the record in 453 innings while former Australia captain Ricky Ponting took 468 innings to complete 20,000 international runs.

Kohli, arguably the finest batsman in world cricket at the moment, started his World Cup 2019 scoring a mere 18 runs against South Africa in India's inaugural match. He however then lived up to his billing and scored 82 against holders Australia before scoring 77 runs against arch-rivals Pakistan.

Kohli, who has led India to a positive start in the World Cup 2019, achieved the feat in the match against Pakistan at Old Trafford in Manchester.

India are currently fourth in the World Cup 2019 points table with a cent percent win record and one washed off game against New Zealand.

The World Cup 2019 has not been a happy outing for many of the teams as it has been badly affected by rain, with two matches abandoned and one rained out after a few overs were bowled.

Sachin Tendulkar Brian Lara Cricket
Get the latest updates on IPL 2020, check out the IPL Schedule for 2020 and Indian Premier League (IPL) Cricket live score . Like us on Facebook or follow us on Twitter for more sports updates. You can also download the NDTV Cricket app for Android or iOS.