Yuzvendra Chahal and Kuldeep Yadav have been instrumental in India's recent success in limited overs cricket. 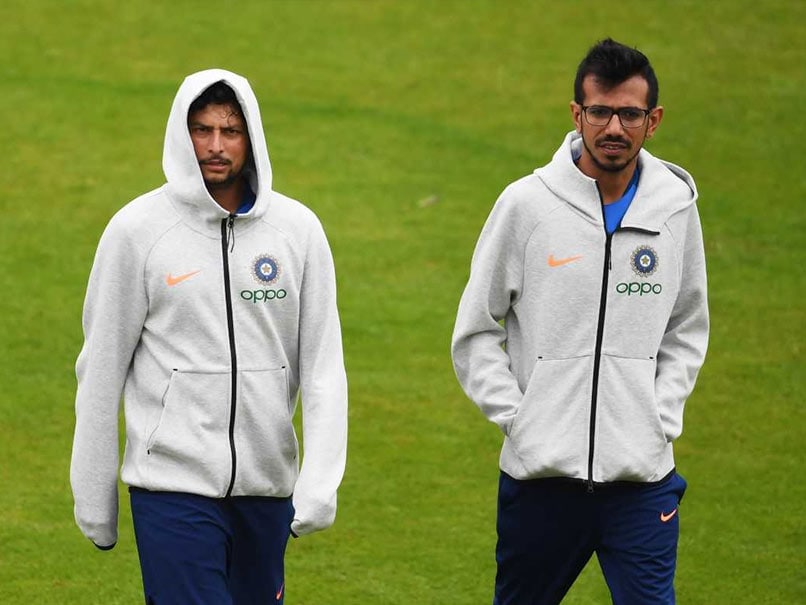 Yuzvendra Chahal and Kuldeep Yadav are crucial for Team India in the middle overs.© AFP

Indian off-spinner Harbhajan Singh has lavished praise on Team India's wrist spinners Kuldeep Yadav and Yuzvendra Chahal for their role in India's dominance in limited-overs cricket. Harbhajan mentioned that the duo should stay in the playing XI for the rest of World Cup 2019. In India's opening game against South Africa, Yuzvendra Chahal picked up four wickets while Kuldeep Yadav was in the act with the ball in India's 89-run win against Pakistan. Just when a partnership between Babar Azam and Fakhar Zaman was threatening to take the game away, Kuldeep removed Azam.

Notably, ahead of the marquee clash between India and Pakistan, there was talk that Kuldeep should sit out for Mohammed Shami but Harbhajan advised team management to stick with the spin twins.

"It is a very good combination. The results that India have got in the last two-and-a-half years, a lot of credit should be given to these guys. I would like to see them playing together, because none of the other teams have got two spinners and they don't have the habit of playing spin in the middle overs," Harbhajan told reporters.

Playing in English conditions can be difficult for spin bowlers. However, Kuldeep and Chahal have seem to have changed their game according to the conditions.

"It has worked for India to play two spinners, even in English conditions, because they are wrist spinners. If India are thinking about their best XI then these two will feature in all the games," Harbhajan added.

The two bowlers have 168 one-day international wickets between them in the three years since Chahal made his international debut in 2016. Yadav played his first ODI the following year.

The 24-year-old Yadav is 10 wickets away from a century of wickets with an impressive economy rate of 4.92 in 47 ODIs.

"He has definitely got the capabilities and the talent to be there for a long period of time. Ravi Shastri (India coach) said he is our number one bowler. So, it's good that the team is backing him," said Harbhajan.

India, second in the ODI rankings, have been hit by injuries to opening batsman Shikhar Dhawan, who has been ruled out of the rest of the World Cup and paceman Bhuvneshwar Kumar who is going to miss the next 2-3 gamesdue to a hamstring injury.

"To beat India they (other teams) will have to bring their 'A' game on that day. India will be a very tough side to beat," Harbhajan said.

Yuzvendra Chahal World Cup 2019 Cricket
Get the latest updates on ICC T20 Worldcup 2022, check out the Schedule and Live Score. Like us on Facebook or follow us on Twitter for more sports updates. You can also download the NDTV Cricket app for Android or iOS.