A major controversy emerged due to a perceived misinterpretation of rules which resulted in umpires awarding England one extra run in World Cup 2019 final on Sunday. 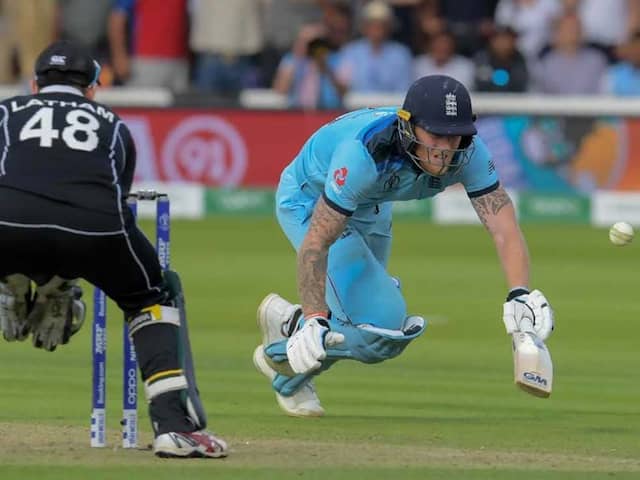 The ball had deflected off diving Ben Stokes' bat and England were awarded one extra run.© AFP

Ever since England won their maiden World Cup on Sunday, many people have questioned the rules set by International Cricket Council (ICC) and its interpretation by the on-field umpires. A major controversy emerged due to perceived misinterpretation of rules by the on-field umpires, which resulted in them awarding England one extra run. ICC for the first time has reacted on the overthrow controversy. Responding to the issue, an ICC spokesperson said it was against the policy to "comment on any decisions (made by the umpires)".

The spokesperson also added that on-field umpires take decisions based on their interpretation of the rules laid in the ICC rule book.

"The umpires take decisions on the field with their interpretation of the rules and we don't comment on any decisions as a matter of policy," an ICC spokesperson was quoted as saying by forxsports.com.au.

Taufel, a five-time winner of ICC's Umpire of the Year Award, had said that on-field umpires had made a "clear mistake" when they awarded England six runs instead of five.

Taufel was referring to ICC's Law 19.8 which clearly states that batsmen are awarded one run extra only if the batsmen have crossed when the fielder releases the ball.

England batsmen Ben Stokes and Adil Rashid had not crossed when Martin Guptill threw the ball and hence should have only been awarded five runs, including four overthrows.

But on-field umpires Marais Erasmus and Kumar Dharmasena awarded England six runs on the third-last delivery and also brought Ben Stokes on the strike which helped them tie the match in the regulation 50 overs.

England were declared the winners on the basis of their superior boundary count after 102 overs of play couldn't separate the two teams.

Lord's, London World Cup 2019 Cricket New Zealand vs England, Final International Cricket Council
Get the latest Cricket news, check out the India cricket schedule, Cricket live score . Like us on Facebook or follow us on Twitter for more sports updates. You can also download the NDTV Cricket app for Android or iOS.