Sheldon Cottrell should get wickets, just so that cricket fans can watch his celebratory march and salute. 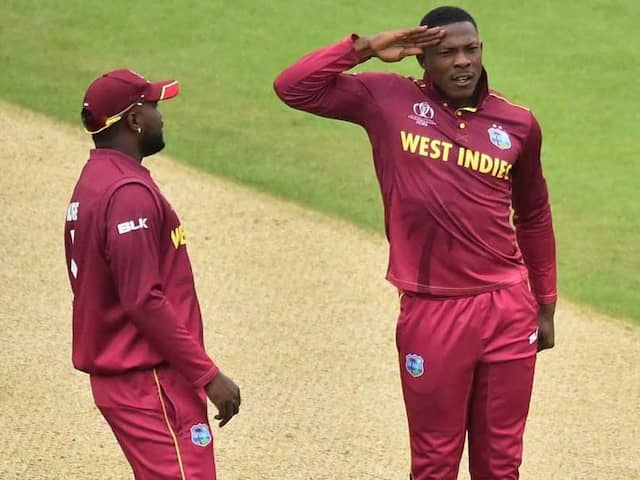 Sheldon Cottrell the Jamaican Defence Force soldier who has his trademark march and salute after every wicket, has been doing the drill quite frequently for the West Indies in World Cup 2019. The left-arm fast bowler, quite a rarity in West Indies cricket, has been in the thick of things as the Caribbeans add their distinct flavour to the goings-on in England and Wales. Win, lose or no-result. The left-armer has come away with five wickets so far in the three matches played by the West Indies, which is quite the achievement, given the battery of fast bowlers they possess.

The West Indies began with a bang, demolishing Pakistan, but then were lost their second match to Australia, a high-scoring affair which the West Indies looked set to win till a few dubious dismissals set them back. The third match against South Africa was rained out after Cottrell had made two early inroads.

Sheldon Cottrell made his debut against South Africa at Port Elizabeth in January 2015 and claimed two wickets.

Cottrell has so far played 17 One-day Internationals (ODI) for the West Indies and claimed 22 wickets at an economy of 5.95 and a strike rate of 31.0. His best figures are 5/46.

Sheldon Cottrell Cricket
Get the latest Cricket news, check out the India cricket schedule, Cricket live score . Like us on Facebook or follow us on Twitter for more sports updates. You can also download the NDTV Cricket app for Android or iOS.