England and the West Indies have been playing One-day International (ODI) cricket since 1973 and have played some memorable games. 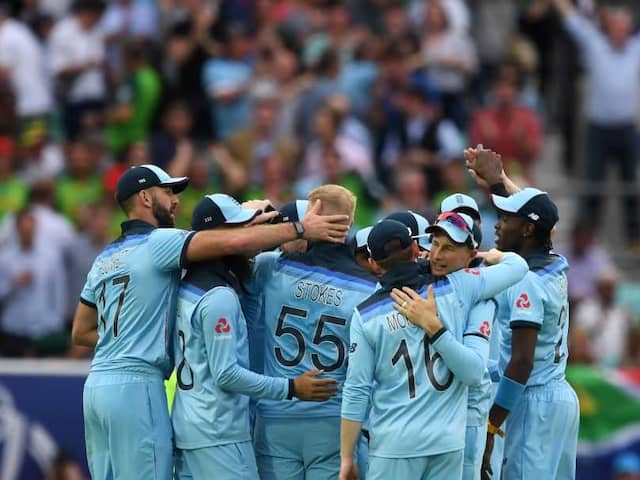 England and West Indies have been involved in some historic One-day International matches.© AFP

England and the West Indies once again face off in their World Cup 2019 league encounter at the Rose Bowl on Friday, in one more in a long list of matches from way back in 1973. England and the West Indies share a long history of cricket, with the Caribbean islands being an exotic and romantic destination for many from England as they travelled there for cricket series. The two sides have also played some historic One-day International matches, including in the World Cups, and share a love-hate relationship with personalities on both sides adding to the flair.

As is evident, England hold a slight edge, but given that they have been playing for over 45 years, this is really doesn't count for much.

England are carded to win the World Cup 2019 league encounter, but with the West Indies, your never know. They have batsmen who can single-handedly turn matches, as also the bowlers to hurry up the best of batsmen. So this one will be a contest to watch, with both sides looking to garner maximum points.

West Indies Cricket Team England vs West Indies, Match 19 Cricket World Cup 2019
Get the latest Cricket news, check out the India cricket schedule, Cricket live score . Like us on Facebook or follow us on Twitter for more sports updates. You can also download the NDTV Cricket app for Android or iOS.