Faf du Plessis tried to ease the pressure on his team on the eve of the World Cup 2019. 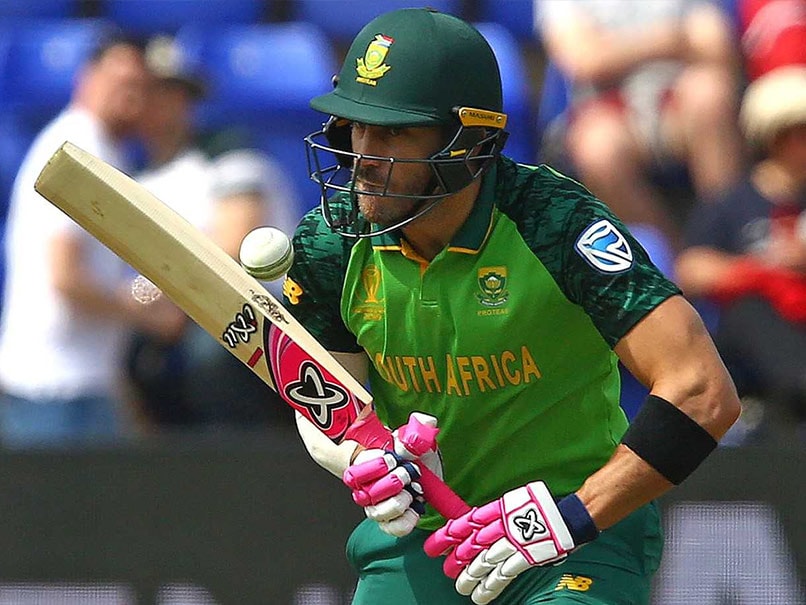 South Africa captain Faf du Plessis tried to ease the pressure on his team on the eve of the World Cup by insisting they did not have to play like "Superman" to enjoy success at the tournament. The Proteas will launch the World Cup against hosts and favourites England at the Oval on Thursday as they begin their latest bid to put decades of disappointment at the event behind them. South Africa have won only one of seven World Cup knockout matches, against Sri Lanka in the quarter-finals in 2015, since making their tournament debut in 1992.

That includes an agonising semi-final loss to New Zealand four years ago -- when Johannesburg-born Grant Elliott hit a winning six for the Black Caps off fast bowler Dale Steyn.

But this time a South Africa side without retired stars Jacques Kallis, AB de Villiers and Graeme Smith, have gone under the radar.

"Whether we come into this tournament as favourites or as underdogs, you still have to go out on the park and play cricket and perform to win a World Cup," Du Plessis told reporters at the Oval on Wednesday.

"Learning from myself that I can speak of in the past, you perhaps feel like you have to do more. You know, you have to be a Superman on the day. You're trying to win a World Cup. For me, that's not what we need to do.

"We are a good cricket team. Our results has proven that. We need to stay present in the fact that what we have got on our team is good enough to beat any team on the day and trust that, not go away thinking 'today I need to be the man that scores 180 off 60 balls' because that doesn't give us results.

"If we can be just nice and calm and positive -- and even if we make mistakes, to make sure that we completely forget about that mistake and come back into the present and focus on what's ahead."

Du Plessis, who has become a father since the last World Cup, added: "Cricket is a very important aspect of all of our lives, but it's not everything -- there's a lot more bigger things than winning and losing games of cricket.

"And that, perhaps, has changed for me. The fact that I'm no longer desperate. I want to win cricket games but I don't need to win them."

South Africa will be without Steyn for Thursday's match after the veteran quick was ruled out with a shoulder injury sustained playing in the Indian Premier League.

"It's a big loss to our team," said Du Plessis. "We did expect it when we picked the squad, Dale was about 60 percent when the squad was picked so it was anticipated. A fit Dale Steyn makes our bowling attack a very strong one.

"Steyn, (Kagiso) Rabada and (Lungi) Ngidi are a real threat in English conditions, that's plan A in the World Cup. So now it's just a reshuffle, looking to plan B and C."

Faf du Plessis World Cup 2019 Cricket England vs South Africa, Match 1
Get the latest updates on IPL Auction 2023 and check out  IPL 2023 and Live Cricket Score. Like us on Facebook or follow us on Twitter for more sports updates. You can also download the NDTV Cricket app for Android or iOS.