England will launch their World Cup 2019 campaign against South Africa at Kennington Oval on Thursday. 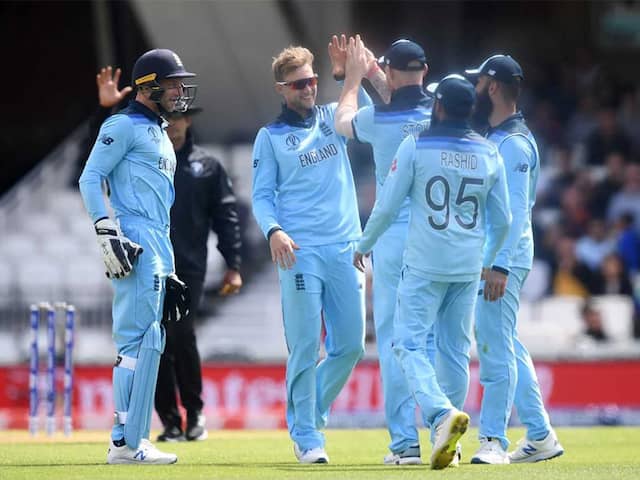 England are ranked number one in the ICC ODI rankings.© AFP

England, under the captaincy of Eoin Morgan, will launch their World Cup 2019 campaign against South Africa at Kennington Oval, London, on Thursday. After having suffered a first-round exit in the 2015 edition of the World Cup in Australia and New Zealand, England have improved tremendously in last few years and shown the world what they are capable of. In their run-up to hosting the showpiece ICC event, England climbed to the top of the One-day International (ODI) rankings and scored record highest ODI total twice, which now stands at 481 for six.

Batting has been the basis of England's ODI rejuvenation, with Jason Roy, Jonny Bairstow, Joe Root, Morgan and the dynamic Jos Buttler among a top seven who can all change the course of an innings in the blink of an eye.

"It's an exciting feeling being in this team as you have world-class players all around you and the opposition might get 370, but there's a belief in the dressing room we can chase it down," said England leg-spinner Adil Rashid.

"There is no hesitation or someone going 'I don't know about this'. We all have that belief and confidence we can do it," added Rashid, whose ability to take wickets at key stages has also been an important part of England's white-ball revival.

"We will hopefully stick to what we've been doing the past four years and hopefully the World Cup will work out well for us."

South Africa have suffered plenty of World Cup heartache but having been losing semi-finalists four years there is a sense the Proteas are going under the radar this time around.

South Africa coach Ottis Gibson is convinced the pressure is all on the tournament hosts and cited comments by England quicks Stuart Broad and James Anderson -- both of whom no longer play ODI cricket -- as an example.

"I heard somewhere that my two very good friends Broad and Anderson have said that England will have to do something really bad not to win this World Cup," recalled Gibson, who knows the pair well from his time as England bowling coach.

"As far as they are concerned England have won it already."

Former West Indies fast bowler Gibson added: "To play the hosts, the number one team, is the best way to start, because it gives us a real sense of where we are and what we need to do going forward.

They will be without Dale Steyn on Thursday as the outstanding fast bowler nurses a shoulder injury but South Africa have become used to his absence in recent times.

Of arguably greater importance for Thursday's match is that Kagiso Rabada, arguably the leading paceman in world cricket today, has been passed fit following a back injury.

Jos Buttler England vs South Africa, Match 1
Get the latest Cricket news, check out the India cricket schedule, Cricket live score . Like us on Facebook or follow us on Twitter for more sports updates. You can also download the NDTV Cricket app for Android or iOS.