England cricket team kit-makers have taken inspiration from the 1992 edition of the 50-over cricket World Cup. 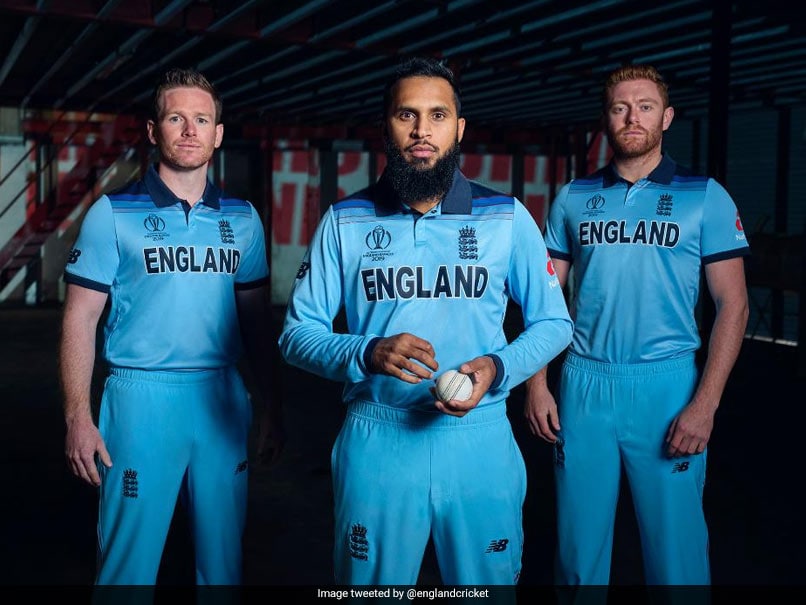 England had finished runners-up in the 1992 edition of the World Cup.© Twitter

England, the hosts of the World Cup 2019, unveiled their jersey for the ICC showpiece event on Tuesday but it got a lukewarm response from fans on social media. For the World Cup 2019, starting on May 30, the kit-makers have taken inspiration from the 1992 edition of the 50-over cricket World Cup, last time when England made it to the final. While many fans called the retro jersey "awful", some felt the shade of blue looked more like the jersey of the Indian cricket team. "How is our #CWC19 kit?," England Cricket asked fans on Twitter along with pictures of players posing in the new retro kit.

Fans flooded the tweet with their opinions, many disapproving the England kit straightaway with comparisons ranging from "garbage bags" to Team India jersey.

Perfectly acceptable - if the World Cup was taking place in the 1990s.

Looks more like an India kit than an England one

Ind vs eng match would be confusing

Current kit used for bilateral against Pakistan was far better than this. Looks more of an Indian kit than England. Thumbs down. Resembles the Color of New South Wales blue.

However, England Test fast bowler Stuart Broad gave his thumbs up to the retro kit, saying: "A beautiful kit to lift the World Cup in."

A beautiful kit to lift the World Cup in

On Tuesday when England announced their their 15-man World Cup squad, featuring Jofra Archer, captain Eoin Morgan said the hosts have done everything they possibly could to get themselves ready for World Cup 2019.

England had suffered a humiliating first-round exit at the 2015 World Cup in Australia and New Zealand -- with Morgan made captain only shortly before the tournament in place of axed Test skipper Alastair Cook -- prompted a major rethink.

Now England, bidding to lift the men's trophy for the first time, head into a tournament as the world's number one ranked side in the ODI cricket.

"Absolutely no regrets, we're positioned in the best possible place at the moment," Morgan told reporters at the launch of England's World Cup kit.

"Our exceptional days are better than we could have imagined -- the world records etc -- I could never have seen those at the start of 2015. That expectation has shifted with level of performance," he added.

Since the 2015 World Cup, England have twice set a new record for the highest total in an ODI innings -- 444 for three against Pakistan at Trent Bridge in 2016 and 481 for six against reigning world champions Australia, at the same venue, last year.

Stuart Broad
Get the latest updates on ICC T20 Worldcup 2022, check out the Schedule and Live Score. Like us on Facebook or follow us on Twitter for more sports updates. You can also download the NDTV Cricket app for Android or iOS.