Dale Steyn, in an exclusive chat with NDTV.com opened up about his ill-timed injuries, his comeback, long-term plans and of course, the Virat Kohli-Sachin Tendulkar comparison. 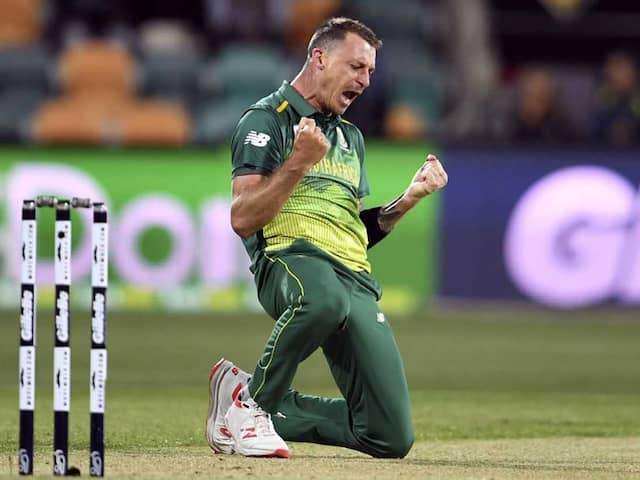 Dale Steyn is doing all he can for a final hurrah at the ICC World Cup 2019.© AFP

Dale Steyn, the vein-popping and nerve-wracking South African pacer, seems to have mastered the art of never giving up. Injuries kept him out of action for almost two years and, in his absence, Kagiso Rabada and Lungisani Ngidi have cemented their places in South Africa's grand scheme of things. Steyn's injury problems began in December 2015 and about a year later he broke his right shoulder and tore three major muscles during the first Test against Australia in Perth. Steyn has an aura of his own that was sorely missed by South Africa and that is why the 35-year-old is doing all he can for a final hurrah at the ICC World Cup 2019.

In an exclusive conversation with NDTV.com, the legendary fast bowler, who is playing in the Mzansi Super League 2018 right now, opened up about his ill-timed injuries, his comeback, long-term plans and of course, the Virat Kohli-Sachin Tendulkar comparison.

Interestingly, Dale Steyn is one of the very few bowlers to play against both Tendulkar and Kohli in his prime. Asked about who has been more difficult to bowl to, Steyn said, "The game has changed a lot since Sachin's days. He was one of the pioneers for getting the game to push in terms of run rate. He was the first guy to score a double-hundred in ODIs. Whenever we played against them in India, he was the one getting a strike rate of 100, while others used to be around 80. However, these days, 100 is the norm. There are lots of Sachins out there today. Kohli is a fantastic player. Had Sachin played in the same gear as Kohli, who is in the best form of his life right now, they would have been the same."

South Africa recently toured Australia for a three-match One-day International series, followed by a one-off Twenty20 International. Vintage Steyn set the Perth stadium alight with a fiery display of fast bowling. While Steyn did not feature in the T20I, he finished the ODI series with seven wickets at just 13.42 and an economy rate of 3.48.

With Team India currently touring Australia for a full series, Steyn advised, "Any time you play against Australia it's tough. As a bowler, mark lengths, bowl straight, put them under pressure. The conditions are always going to be tough for any batsman. If you are fielding near fine-leg make sure you have the 12th man with you to take the heat off as the crowds get really abusive from time to time."

One of the most penetrative and versatile quicks in the last 15 years, Steyn stands on the verge of breaking the South African record for most Test wickets, requiring one more dismissal to go clear of Shaun Pollock. Steyn has been closing in on Pollock's tally of 421 wickets for a couple of years but, limited by injury to three Tests since November 2016, has managed only to reach, not pass, the milestone.

Earlier this year, Steyn had declared that the 2019 World Cup will be his last shot at limited-overs cricket but he would like to continue representing South Africa in Tests. When asked about the long-term goals he has set for himself, a typically quirky and frank Steyn promptly replied, "the only goal is to take one more Test wicket".

Few quicks have ever been as impactful as Steyn and it is extremely difficult for such a fierce competitor to be on the sidelines for almost two years. Still, Steyn has no regrets as far as his career is concerned.

"The last two years were really hard as I lost almost two years of my playing career. I played almost 13-14 (years) without any injuries. It was 12 years of international career, the longest injury being a couple of months due to a broken thumb. It was not too difficult to stay motivated. I enjoyed the break. Then it was all about getting back and going again. Once you miss the game you can do anything to get back in the fold again," Steyn concluded.

Steyn is the most experienced bowler in the South African unit going into ICC's showpiece event in England and Wales next year. Let's just hope he makes the cut and we get to witness the fervour, passion and enigma that Dale Steyn is.

Virat Kohli Shaun Pollock Cricket World Cup 2019
Get the latest Cricket news, check out the India cricket schedule, Cricket live score . Like us on Facebook or follow us on Twitter for more sports updates. You can also download the NDTV Cricket app for Android or iOS.