England booked their first World Cup final appearance for 27 years with an eight-wicket rout of holders Australia at Edgbaston. 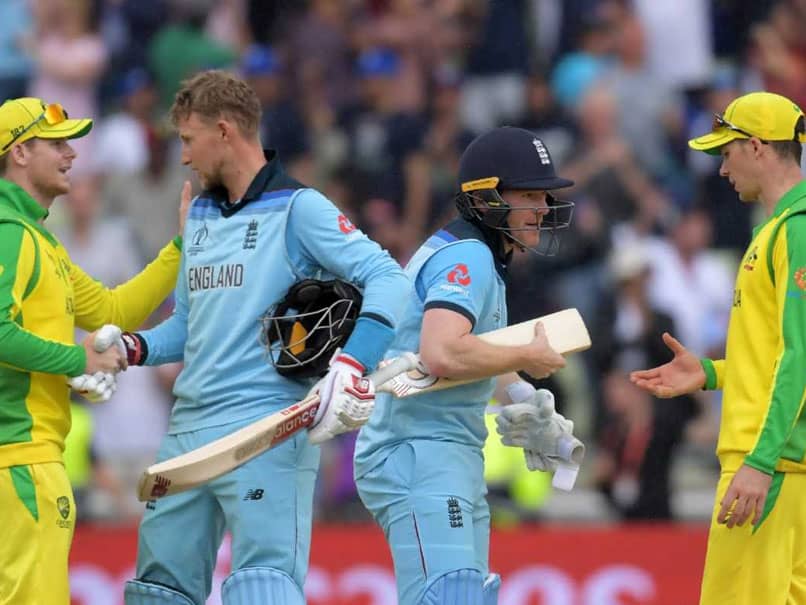 Former England director of cricket Andrew Strauss was overcome with emotion after the team he helped build "obliterated" Australia to reach the World Cup final on Thursday. England booked their first World Cup final appearance for 27 years with an eight-wicket rout of holders Australia at Edgbaston. Eoin Morgan's side will face New Zealand at Lord's on Sunday as they bid to win the World Cup for the first time. It was a big moment for former England captain Strauss, who was drafted into the newly-created role at the England and Wales Cricket Board after the team's dismal World Cup flop four years ago.

Strauss was the man behind the appointment of England head coach Trevor Bayliss and urged the ECB to place more emphasis on white-ball cricket during his tenure, which has seen them rise to the top of the one-day international team rankings.

He stepped down from the position in October 2018 to spend more time with his family after his wife was diagnosed with lung cancer.

"England absolutely obliterated Australia with bat and ball. The way (Chris) Woakes and (Jofra) Archer set the tone was fantastic.

"And with the bat, I mean it was just outstanding batting from (Jason) Roy in particular. Now is not the time to talk about the Ashes but the way he lined up (Mitchell) Starc, I thought he was fantastic.

"It was the ultimate performance. England will go into that final with just incredible spirits, huge confidence and they will be confident they can put New Zealand away as well.

"I was getting quite emotional watching that today. All I ask from this England team is to play the same way on Sunday."

"Disappointing from a Australian point of view, but they were outplayed by England from the word go," Warne said.

"England showed their class, I thought Eoin Morgan was world class. He manipulated his bowlers well, he could have easily backed off but he didn't.

"He brought Archer back earlier to go for it and (Adil) Rashid was the real ace for Morgan today.

"England seem to be peaking at the right time and that's what you have to do to win World Cups."

Edgbaston, Birmingham World Cup 2019 Cricket Australia vs England, 2nd Semi Final
Get the latest updates on IPL 2021, IPL Points Table , IPL Schedule 2021 , live score . Like us on Facebook or follow us on Twitter for more sports updates. You can also download the NDTV Cricket app for Android or iOS.