Andre Russell was struggling with a knee injury in all the four games he played for the West Indies in the World Cup 2019. 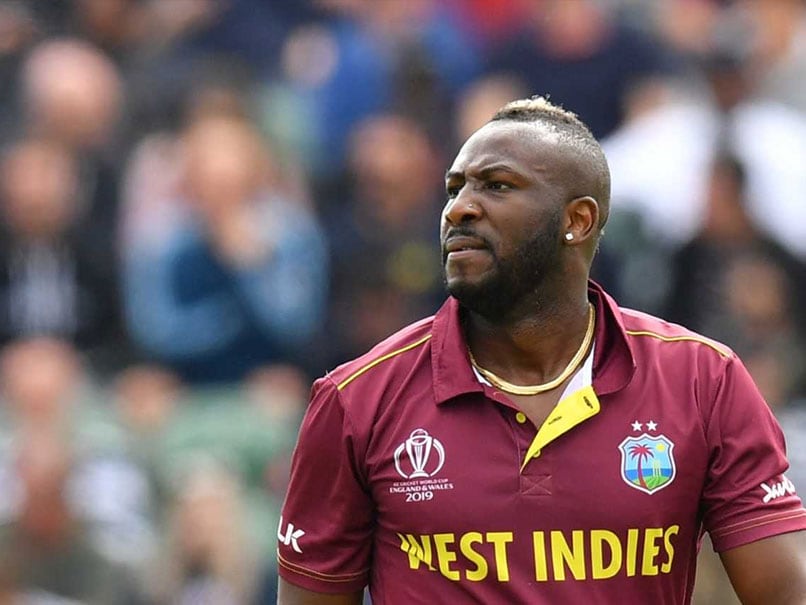 Andre Russell had picked up five wickets in four matches in the World Cup 2019.© AFP

Andre Russell has been ruled out of the ongoing World Cup 2019 due to a knee injury. West Indies have announced Sunil Ambris as the replacement for the all-rounder. The West Indian all-rounder was in visible discomfort with his knee. The 26-year-old Ambris will join the team ahead of West Indies' league fixture against India at Old Trafford on Thursday. Russell had taken five wickets in the ongoing tournament in the four games he featured for the West Indies. The West Indies are currently ineighth place in the points table and their chances of advancing to the knockout stage are looking very slim.

BREAKING: Andre Russell has been ruled out of the rest of #CWC19 through injury. Sunil Ambris will join the West Indies squad as his replacement.#CWC19 | #MenInMaroon pic.twitter.com/BuhWdjskzq

Sunil Ambirs has scored 316 runs in the six One-day Internationals (ODIs) that he has played so far at an average of 105.33. He might be able to provide much-needed solidity in the middle order of the Windies batting line-up that has had a few mini collapses.

"The International Cricket Council has confirmed that the Event Technical Committee of the ICC Men's Cricket World Cup 2019 has approved Sunil Ambris as a replacement player for Andre Russell in the West Indies squad for the remainder of the tournament," the ICC said in a statement.

Ambris came into the limelight when he smashed 148 off 126 balls, helping the West Indies chase down a mammoth total of 328.

For West Indies to qualify for the semi-finals, they need to win all of their remaining matches and hope that other results go in their favour. Apart from India, their other remaining fixtures are against Sri Lanka and Afghanistan respectively.

West Indies started off the World Cup by battering Pakistan by seven wickets, but after that win, their World Cup campaign has fallen apart. The Jason Holder-led West Indies lost close games against Australia and New Zealand that is why they are sitting so far down the points table.

Andre Russell Sunil Ambris World Cup 2019 Cricket
Get the latest updates on Fifa Worldcup 2022 and check out  Fifa World Cup Schedule, Stats and Live Cricket Score. Like us on Facebook or follow us on Twitter for more sports updates. You can also download the NDTV Cricket app for Android or iOS.