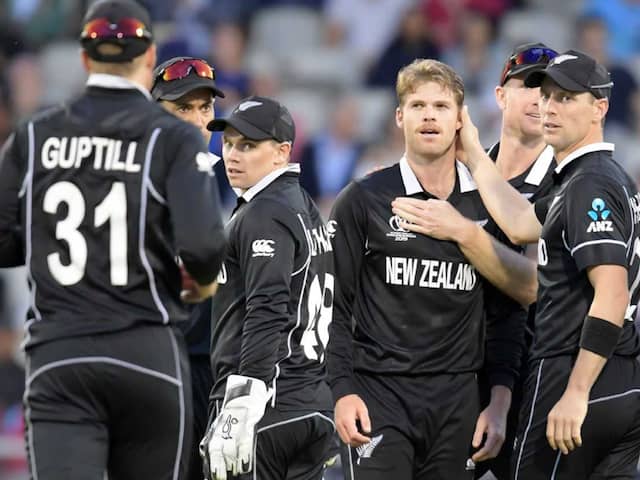 New Zealand are sitting at the top of the points table with 11 points in six matches.© AFP

New Zealand and India are the only two teams in World Cup 2019 that are yet to lose a game in the tournament. While New Zealand sit pretty on the top of the points table with 11 points in six matches, India are at third place with nine points in five matches. Defending champions Australia are second in the points table with 10 points in six matches. India and New Zealand had to split points after the league clash between the two sides was washed out. Virat Kohli-led India, with a match in hand, are now looking comfortable to advance into the knockout phase of World Cup 2019. 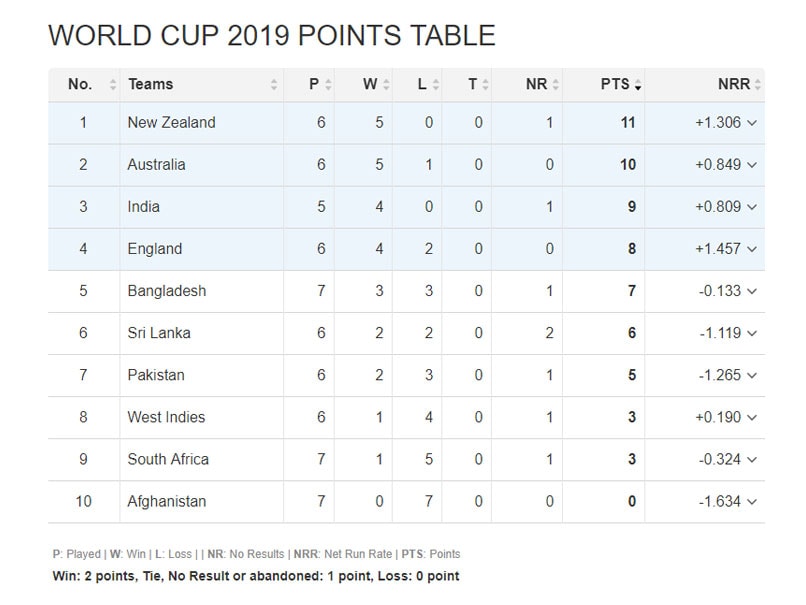 Notably, with the loss against Pakistan on Sunday, South Africa are now knocked out of the World Cup 2019. Sri Lanka's surprising win against England at Headingley has opened up the chances for other teams to have a look-in in the top-four slot.

With eight points in six matches, hosts, England are at fourth position and they have to win at least two out of their remaining three games in a bid to qualify for the semi-finals. The Eoin Morgan-led England have to face Australia, India and New Zealand, three teams that have the upper hand against England since 1992 World Cup.

Bangladesh have climbed to the fifth spot after their win over Afghanistan. While Sri Lanka, Pakistan, West Indies and South Africa are placed at the bottom-half of the table. Minnows Afghanistan are knocked out of the World Cup 2019 as they find themselves on the last spot with seven losses from as many matches.

Note: Standings are updated till match number 31 between Bangladesh and Afghanistan.