Afghanistan qualified for the World Cup 2019 after beating two-time world champions the Windies in the final of World Cup qualifiers. 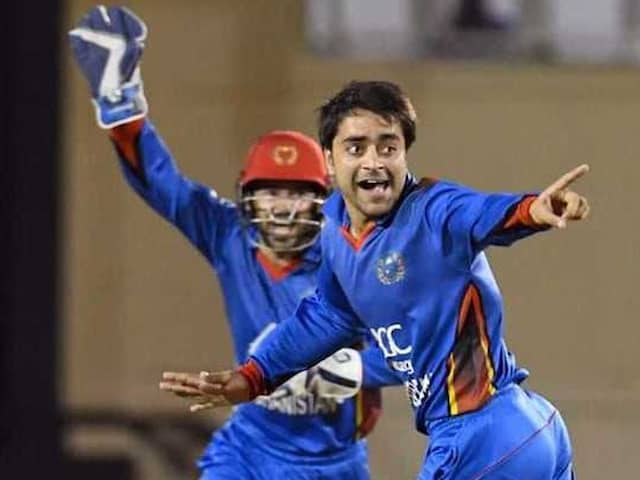 This will be Afghanistan's second World Cup, the inaugural one being in 2015© AFP

Afghanistan Cricket Board on Monday announced the 15-man squad for the World Cup 2019 to be played in England and Wales from May 30. "The final squad was shortlisted from the 23-member contingent that took part in the training camp held in Potchefstroom, South Africa," the press release on their official website read. The statement also mentioned "(players') fitness and performance over the last six months" as the selection criteria.

Former captain Asghar Afghan, who was axed earlier this month as captain, was included in the squad along with fast bowler Hamid Hassan, who last played the sport at senior level in 2017. Gulbadin Naib will lead the squad at the cricket's biggest tournament.

Mohammad Nabi, Rashid Khan, Mohammad Shahzad and Samiullah Shinwari have also been included in the side.

The selection committee has also named three players as reserves. These players are Alikhil, Karim Janat and Sayed Shirzad.

Chief selector Dawlat Khan Ahmadzai was quoted by Afghanistan Cricket Board as saying: "It has been a six-month preparation process for the ICC Cricket World Cup. The mission is to play inspirational cricket in the tournament; I know there are strong teams but we will do our level best to achieve our goals."

Ahmadzai added," As chief selector, It is my duty to select a competitive team. However, there were some challenges that we needed to handle. We selected the best squad considering factors such as experience, fitness, team balance, current form and conditions."

Remarking on veteran pacer Hamid Hassan's inclusion in the squad, Ahmadzai added, "Luckily for us, the come-back of senior Fast bowler Hamid Hassan is a good news. However, we will take into account his form and fitness during upcoming practice matches."

Afghanistan will commence its ICC Cricket World Cup 2019 campaign against Australia on June 1.

Asghar Afghan World Cup 2019 Cricket
Get the latest Cricket news, check out the India cricket schedule, Cricket live score . Like us on Facebook or follow us on Twitter for more sports updates. You can also download the NDTV Cricket app for Android or iOS.