Afghanistan and Sri Lanka were thrashed by their respective opponents in the World Cup 2019 openers. 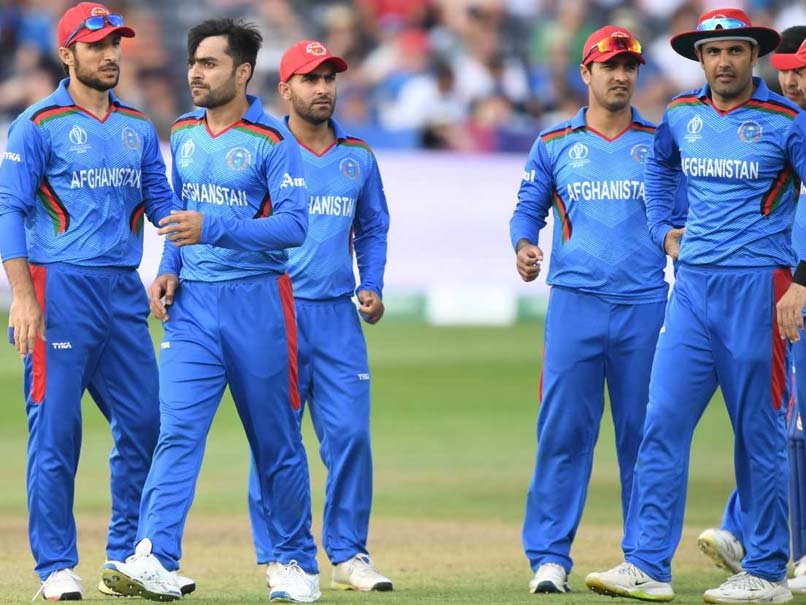 Afghanistan faced a setback in the World Cup 2019 opener.© AFP

Afghanistan and Sri Lanka will be licking their wounds after their initial setbacks and look to register their first win of World Cup 2019 when they lock horns at Sophia Gardens in Cardiff on Tuesday. Sri Lanka opened their World Cup 2019 campaign with a 10-wicket drubbing at the hands of last edition's runners-up New Zealand while minnows Afghanistan suffered a seven-wicket thrashing against defending champions Australia. The only positive for Afghanistan will be their side managing to score over 200 runs while the Sri Lankan batsmen are yet to make their bats do the talking.

None of the Sri Lankan batsmen -- apart from skipper Dimuth Karunaratne who remained unbeaten at 52 -- could stand against the hostile bowling from the New Zealand pacers and were bundled out for 136.

The bowlers also failed to come up with an inspiring performance and proved ineffective as New Zealand chased down the target inside 16 overs.

Karunaratne's men need to pull up their socks and improve in all the three departments if they want to beat Afghanistan, who have a well-rounded bowling attack.

Afghanistan, despite being comprehensively beaten by Australia in their opening game, will back themselves to bounce back against a demoralised Lankan team.

However, in order to do that, their openers need to score runs and make sure they set a platform for the lower order, which performed reasonably well against the likes of Mitchell Starc and Pat Cummins in Bristol.

In Rashid Khan, they not only have a world-class spinner but also a decent batsman who can score big on his day. And they would also be gaining confidence with the performance of fast bowler Hamid Hasan, who produced a fast, disciplined opening spell against the mighty Aussies.

Sri Lanka Cricket Team World Cup 2019 Afghanistan vs Sri Lanka, Match 7 Cricket
Get the latest updates on ICC T20 Worldcup 2022 and CWG 2022 check out the Schedule, Live Score and Medals Tally. Like us on Facebook or follow us on Twitter for more sports updates. You can also download the NDTV Cricket app for Android or iOS.