AB de Villiers has opened up on the retirement controversy that erupted during World Cup 2019 after South Africa suffered their third consecutive defeat. 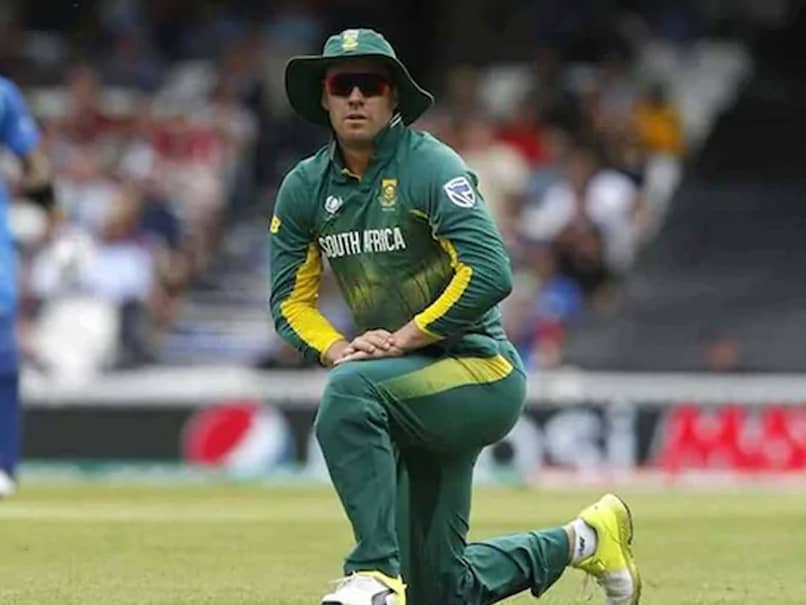 AB de Villiers had announced his retirement from international cricket in May last year.© AFP

AB de Villiers has opened up on the retirement controversy that erupted during World Cup 2019 after South Africa suffered their third consecutive defeat of the tournament against India on June 5. After the loss, the convenor of selectors Linda Zondi had said that AB de Villiers had approached him, captain Faf du Plessis and head coach Ottis Gibson and asked to reverse his retirement for South Africa before the crucial ICC event. He added that De Villiers' offer was rejected by the management. Opening up on the issue, De Villiers on Friday released a detailed statement on his Twitter account wherein he said "I did not offer" to come out of retirement but was privately asked whether he was open to play the World Cup.

In a detailed statement, De Villiers gave his side of the story after he was criticised for picking and choosing international assignments after announcing his retirement last year.

"I made absolutely no demands at all. I certainly did not try to force my way into the World Cup squad on the eve of the tournament, and did not expect to be included. There was no burning issue from my side, and no sense of injustice," said one of the modern greats who played 114 Tests and 228 ODIs.

In the middle of South Africa's World Cup campaign, a media report had claimed that the 35-year-old had offered to come out of retirement a day before the squad for the event was to be picked but the team management rejected it.

De Villiers said he was privately asked on the day of his retirement if he was open to play the World Cup and he did not offer.

"During the weeks and months that followed (his retirement), there was no formal contact between Cricket South Africa or the Proteas and me. I didn't call them, and they didn't call me. I had made my decision and the Proteas moved on, enjoying success under the expert guidance of coach Ottis Gibson and the outstanding captaincy of Faf du Plessis."

During his chat with captain and friend Du Plessis, De Villiers said he made it clear that he was available only if required.

"Faf and I have been friends since we were at school together and, two days before the World Cup squad was announced, I contacted him for a chat. I had been in decent form during the Indian Premier League and casually repeated what I had said when asked a year earlier, that I was available if required... but only if required."

It hurt De Villiers that his private conversation with the skipper was leaked in the media following the team's loss to India.

"Then, out of the blue, on the evening after the Proteas lost to India, suffering a third successive World Cup defeat, elements of our private conversation were disclosed to the media, and distorted to cast me in the worst possible light.

"The story was not leaked by me, or anybody associated with me, or by Faf. Maybe someone wanted to deflect criticism. I don't know. As a result, I was unfairly described as arrogant, selfish and indecisive but, with all humility, my conscience is clear."

De Villiers maintained the he retired for the right reasons as he wanted to spend more time with his family.

"I retired for honest reasons and, when asked if I could be available for the World Cup, agreed to keep the door open. In the event, understandably, the team moved on. No problem. I am not angry with anybody.

"Some have insisted I was motivated purely by money. They are wrong. In truth, I have turned down many lucrative offers to play around the world, and have cut the time spent away from home each year from eight months to just over three months."

Notwithstanding the controversy over his comeback, De Villiers said his relationship with the national team players remains strong as ever.

"Now, at this stage of my life, I would like to continue spending time with my family and to play in selected T20 tournaments in SA and around the world.

"I have been massively proud to have played for, and indeed captain, my country on the cricket field. My relationships with the Protea players remain as strong as ever, and I will always be available to support and assist the next generation," he added.

South Africa crashed out of the tournament with three wins in nine games.

South Africa Cricket Team World Cup 2019 Cricket
Get the latest updates on IPL 2021, IPL Points Table , IPL Schedule 2021 , live score . Like us on Facebook or follow us on Twitter for more sports updates. You can also download the NDTV Cricket app for Android or iOS.