South Africa must beware of one of their own when Graeme Smith's power-packed team clash with New Zealand in the World Cup quarterfinal on Friday. 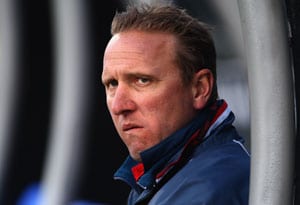 South Africa must beware of one of their own when Graeme Smith's power-packed team clash with New Zealand in the World Cup quarterfinal on Friday.

Donald, 44, who is working alongside coach John Wright, said he was delighted that the Black Caps were facing South Africa in the day-night match at the Sher-e-Bangla stadium.

Donald reminded his former team that New Zealand have won three of their five World Cup meetings against them, including a five-wicket success in the Super Eights round of the 2007 edition.

"We are confident we can beat South Africa and I know most of our players are delighted that we are playing against them in the quarterfinal," Donald said.

"On paper, they may be the favourites, but we have a superior record in major tournaments."

South Africa go into the quarter-final as Group B winners with five victories in six matches, while New Zealand finished fourth in Group A with four wins.

But Donald, known in his playing days as 'White Lightning', said past performances counted for little in sudden-death situations.

"The thought that your World Cup will be over if you slip up just once is enough to make everybody nervous," he said. "The team that wins will be the one that handles pressure the best."

Donald knows better than most what pressure in a crunch match can do.

He was involved in a disastrous run-out with Lance Kluesner in the 1999 World Cup semi-final when South Africa needed just one run to win, allowing Australia to tie the game and make final on superior run-rate.

It was yet another instance of South Africa succumbing to their trademark knock-out blues.

The Proteas have crashed out three times in World Cup semifinals, once in the quarterfinal and another time in the first round, earning them the unwanted tag of cricket's perennial chokers.

The six-run loss to England in this tournament, chasing a modest 172, was another example of South Africa's brain freeze, even though the demons were exorcised by surpassing India's 296 with three wickets in hand.

Leading all-rounder Jacques Kallis was confident the past will not return to haunt South Africa.

"We have to just keep doing the things that we did in the group stage, where we played some unbelievable cricket," he said. "There is no reason to change anything."

Kallis admitted New Zealand will not be easy to beat despite South Africa starting out as firm favourites.

"New Zealand are a dangerous side that on their day can beat anyone," he said. "They bat deep and have plenty of all-rounders.

"The game won't be over even if we get early wickets and it's crucial that we stay on top of our game for 300 balls and ensure that we pounce at the slightest sign of weakness."

Taylor smashed an unbeaten 131 off 124 balls with eight boundaries and seven sixes as the Kiwis hammered 100 runs in the last five overs.

The Black Caps will be boosted by the return of influential skipper Daniel Vettori, who missed the last two matches with a knee injury.

The winner on Friday will face either Sri Lanka or England in the semifinals.

Comments
Topics mentioned in this article
South Africa Cricket Team New Zealand Cricket Team Pakistan Cricket Team Cricket World Cup 2011
Get the latest updates on ICC T20 Worldcup 2022 and CWG 2022 check out the Schedule, Live Score and Medals Tally. Like us on Facebook or follow us on Twitter for more sports updates. You can also download the NDTV Cricket app for Android or iOS.