The decision means Mitchell Starc will miss the third ODI against South Africa in Potchefstroom, the last game of the series. 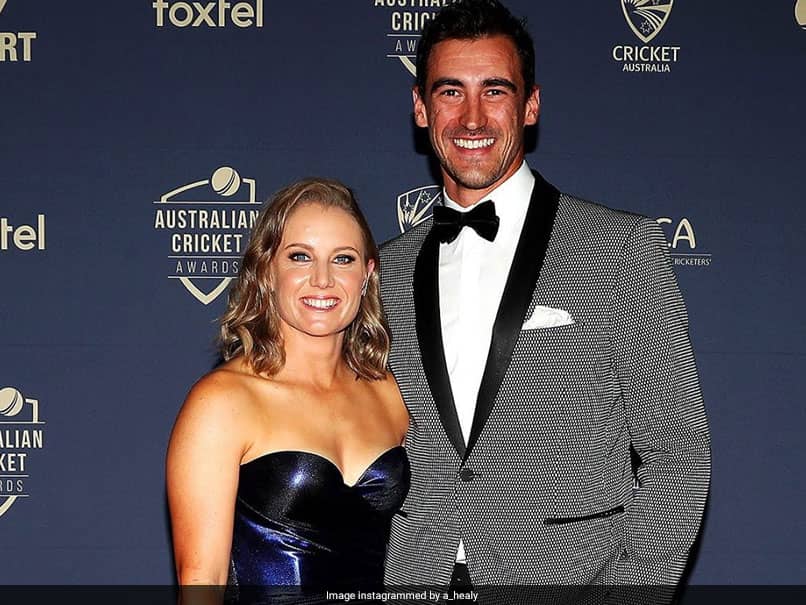 Pace spearhead Mitchell Starc was released from Australia's tour of South Africa on Friday so he can return home to watch his wife Alyssa Healy in the women's T20 World Cup final. The decision means Starc will miss the third one-dayer against the Proteas in Potchefstroom, the last game of the series. "It is a once-in-a-lifetime chance for Mitch to watch Alyssa in a home World Cup final," said coach Justin Langer. "So we were happy to allow him to return home to support his wife and be part of a fantastic occasion.

"We have plenty of fast bowling options with us here in South Africa with Josh Hazlewood, Jhye Richardson and Kane Richardson all sitting out our previous match in Bloemfontein," he added.

Defending champions Australia face India in the Women's T20 World Cup final at the Melbourne Cricket Ground (MCG) on Sunday, with wicketkeeper-batswoman Healy a key part of their team.

India progressed as the top-ranked team in their group after their match against England was washed out. Host and defending champions Australia defeated South Africa by five runs in the other semi-final.

With no reserve day, the highest-ranked teams from the two groups move into the final if play is not possible

Set a revised 98 from 13 overs under the Duckworth-Lewis-Stern method after Australia made 134 for five off their 20 overs, the South Africans managed 92 for five to just miss out on a first-ever final.

The Proteas won the toss and put Australia in to bat at the Sydney Cricket Ground after rain that soaked the city all day finally cleared.

Mitchell Starc Alyssa Healy Women's T20 World Cup India Women vs Australia Women, Final Cricket
Get the latest updates on India vs Australia Series, check out the India vs Australia Schedule for 2020-21 and Ind vs Aus live score . Like us on Facebook or follow us on Twitter for more sports updates. You can also download the NDTV Cricket app for Android or iOS.