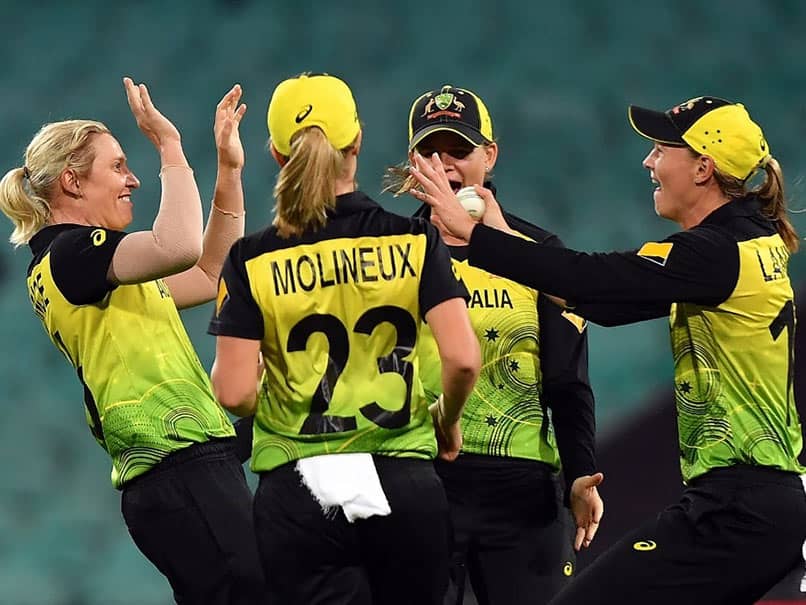 Defending champions Australia powered into their sixth Women's T20 World Cup final Thursday to meet India after ending South Africa's dreams in a rain-hit semi-final. Set a revised 98 from 13 overs under the Duckworth-Lewis-Stern method after Australia made 134 for five off their 20 overs, the South Africans managed 92 for five to just miss out on a first-ever final. The Proteas won the toss and put Australia in to bat at the Sydney Cricket Ground after rain that soaked the city all day finally cleared.

Set a revised chase, big-hitting South Africa opener Lizelle Lee smacked a huge six off spinner Sophie Molineux to get the run chase underway, but then holed out to Ashleigh Gardner on the boundary ropes.

Laura Wolvaardt (41 not out) and Sune Luus (21) got them back on track with some power-hitting to set up an exciting finale with 32 runs needed off the last three overs -- only to fall five runs short.

Healy was dropped in the fourth over by wicket-keeper Trisha Chetty after smacking two successive fours from Nonkululeko Mlaba.

But she didn't make the most of her second life, falling in the next over after a quickfire 18 off 13 balls.

In-form fellow opener Mooney blasted 28 and looked in fine fettle until she was clean-bowled by Nadine de Klerk.

South Africa successfully put the brakes on the run rate with Jess Jonassen gone after three balls as Australia reached 70 for three at the halfway mark.

Ashleigh Gardner then went without scoring to de Klerk, getting an outside edge as the collapse continued.

Rachael Haynes made a battling 17 in a 32-run stand with Lanning before she too departed to de Klerk, as the captain was left to carry her team to what became a winning total.

Sydney Cricket Ground (SCG), Sydney Women's T20 World Cup Cricket South Africa Women vs Australia Women, 2nd Semi-Final
Get the latest updates on IPL 2020, check out the IPL Schedule for 2020 and Indian Premier League (IPL) Cricket live score . Like us on Facebook or follow us on Twitter for more sports updates. You can also download the NDTV Cricket app for Android or iOS.