Virat Kohli on Monday revealed who according to him is the "biggest boss". 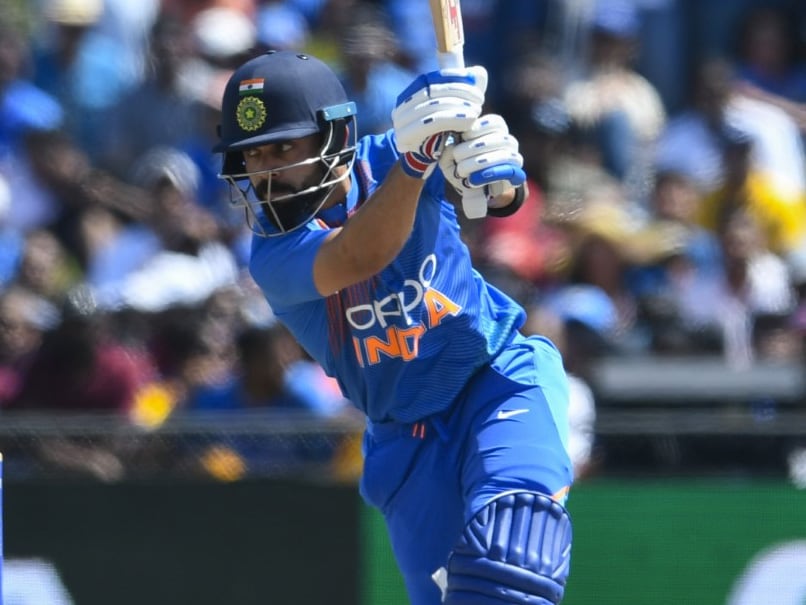 Virat Kohli, who is among the most successful cricketers of the current generation, on Monday revealed who according to him is the "biggest boss". After India took an unassailable lead in the three-match T20 International (T20I) series against the West Indies by winning the first two matches, Kohli tweeted a picture with Windies legend Sir Vivian Richards on his Twitter handle. "With the biggest BOSS!," the Indian skipper captioned the picture. The Indian team will now travel to Guyana from Florida where they will take on the hosts in the third and final match of the series.

India rode on a half-century by Rohit Sharmaand impressive bowling display by Krunal Pandya to defeat the West Indies by 22 runs via Duckworth-Lewis-Stern method in the second T20 International in Florida on Sunday.

"Starting with the new ball, the way Sundar has bowled against guys who come hard at the ball, he's done a tremendous job. The composure he's shown has been outstanding. He's become fitter, leaner and is very handy with the bat as well," said Kohli.

After securing the series win, Virat Kohli was open to the idea of experimenting in the final T20I.

India will take on West Indies in the third and final T20I of the rubber on Tuesday.

Virat Kohli Washington Sundar West Indies vs India 2019 Cricket West Indies vs India, 2nd T20I
Get the latest updates on ICC T20 Worldcup 2022 and CWG 2022 check out the Schedule, Live Score and Medals Tally. Like us on Facebook or follow us on Twitter for more sports updates. You can also download the NDTV Cricket app for Android or iOS.