Virat Kohli, Anushka Sharma Spotted In Miami Ahead Of The West Indies Series

Virat Kohli is in Miami along with the rest of the Indian squad for the first two T20 Internationals against the West Indies. 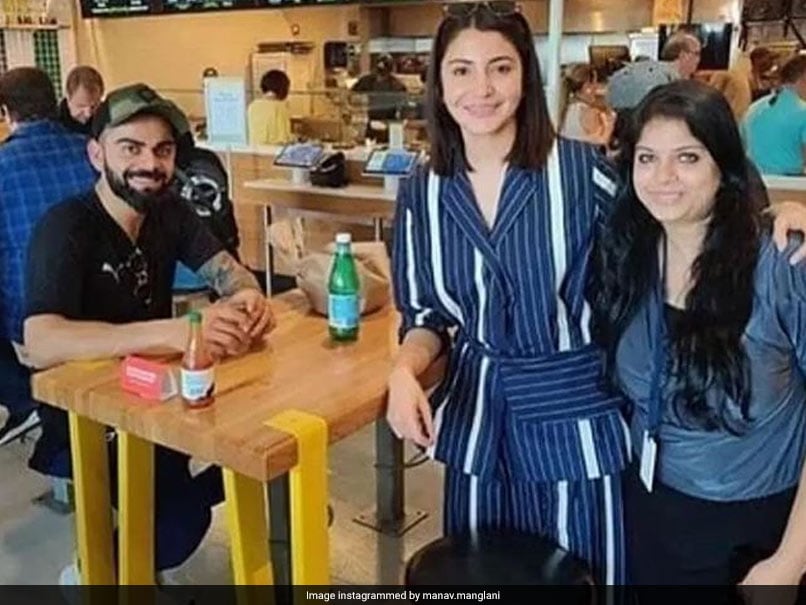 Virat Kohli was spotted with wife Anushka Sharma along with their friends in Miami.© Instagram

Virat Kohli will be leading India across all formats in the upcoming full-fledged tour of the West Indies. For the T20 leg of the tour, the Indian team has travelled to the United States, where the first two T20Is will be played. Ahead of the first T20I, Virat Kohli was spotted with wife Anushka Sharma along with their friends in Miami. Twitter was soon flooded with the pictures of the India captain and his wife.

This is not the first time that the couple is spotted during an overseas tour. Anushka was seen in the stands during the World Cup 2019 in England, cheering for the Indian team.

Virat Kohli and Anushka Sharma were earlier spotted at an airport in Mumbai when they returned to India following India's World Cup 2019 exit.

Rishabh Pant has been picked as the lone wicketkepeer-batsman after MS Dhoni ruled himself out of the tour to serve time with Indian army.

Fit-again, Shikhar Dhawan has been included for the limited overs fixtures while his opening partner Rohit Sharma has been picked across all the three formats.

The two Test matches are part of the inaugural ICC World Test Championship.

West Indies Cricket Team West Indies vs India 2019 Cricket
Get the latest updates on ICC T20 Worldcup 2022 and CWG 2022 check out the Schedule, Live Score and Medals Tally. Like us on Facebook or follow us on Twitter for more sports updates. You can also download the NDTV Cricket app for Android or iOS.