Shreyas Iyer is eager to make the most of the opportunities that he believes will come his way. 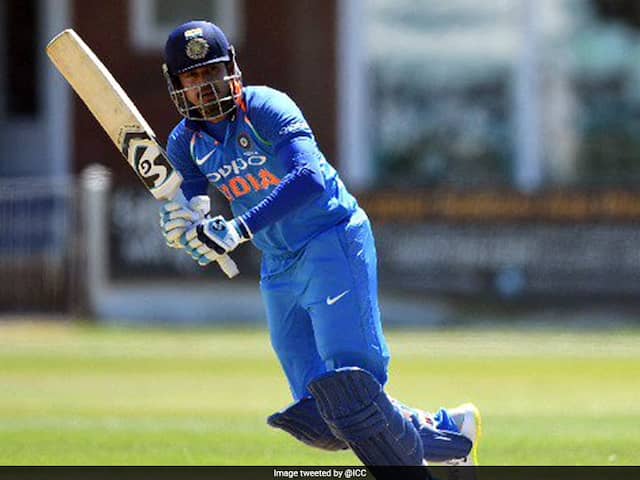 Shreyas Iyer has played seven ODIs for India and has two half-centuries to his name.© ICC/Twitter

Shreyas Iyer is looking make best use of the opportunities given to him during the West Indies tour in a bid to cement his position in the Indian team. The stylish right-hander had impressed in the India A matches against West Indies A and was roped into the senior playing XI for the first ODI at the Providence Stadium in Guyana. However, with rain playing spoilsport, Shreyas Iyer never got the opportunity to showcase his talent. The 24-year-old is hoping that rain stays away in the second ODI scheduled to take place at the Queen's Park Oval in Port of Spain, Trinidad on Sunday.

"It's really important for me as a youngster, coming into the side after a year again to cement my position," Shreyas Iyer said on Saturday ahead of the second ODI.

"When you have to cement your position, you will be needing opportunities, and I feel that I will be getting that opportunity this time and I will be making the best use of it," he added.

The number four position in the Indian team has been a matter of debate ever since the World Cup and while Iyer said that the team management is trying to give chances to youngsters, he believes he needs to be flexible to make the best use of opportunities coming his way.

"It's totally the management's decision where they want to play me," he said.

"Personally, I am not thinking about batting only at number four. I want to be someone who is very flexible batting at any number or if you go into any situation you should be able to grab that opportunity and make the best use of it," he added.

India were unable to practice at the ground because of rain and were forced to train indoors on Saturday.

But despite the lack of practice, Iyer is looking to carry on the momentum he got from the India A matches in the Caribbean. Shreyas Iyer was the third-highest run-getter in the unofficial one-day series with 187 runs in four innings and is looking to replicate that form for the national side.

"It's going to be another two opportunities for me to make the best use of it," Iyer said. "Hopefully this also doesn't rain off. We are hardly getting any net practice. I am eager to go out there and carry forward the momentum which I got from my India A matches. Looking forward to a good series finish."

The Virat Kohli-led side appears to have left behind their World Cup disappointment -- where they made a shocking semifinal exit against New Zealand -- as they have gone on to thrash West Indies 3-0 in the T20Is.

West Indies Cricket Team Shreyas Iyer West Indies vs India 2019 West Indies vs India, 2nd ODI Cricket
Get the latest Cricket news, check out the India cricket schedule, Cricket live score . Like us on Facebook or follow us on Twitter for more sports updates. You can also download the NDTV Cricket app for Android or iOS.