Ishant Sharma finished with the figures of 5/42 when umpires called it a day. 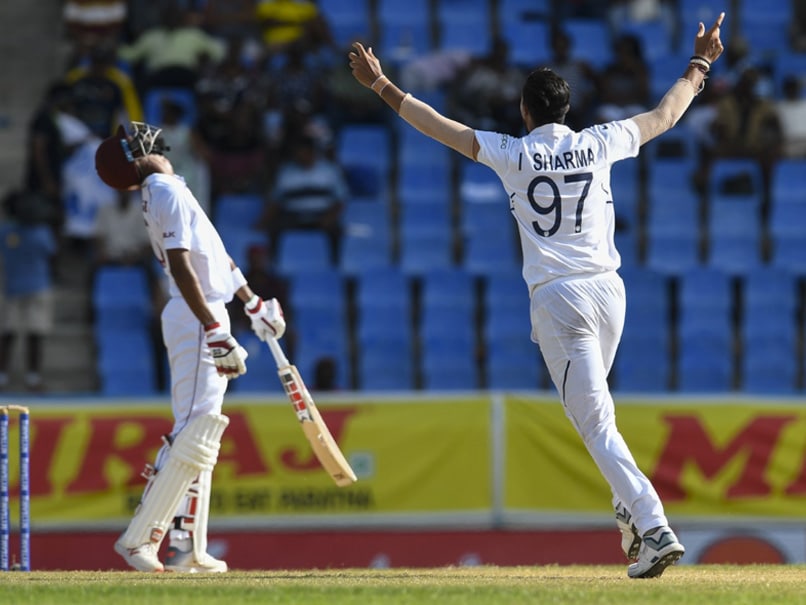 Ishant Sharma ran through the West Indies top and middle-order to put them on the backfoot on Day 2 of the first Test in Antigua on Friday. Fast bowler Ishant Sharma began his opening spell on an expensive note but recovered well to pick his ninth five-wicket haul in Test cricket. Ishant Sharma dismissed opener Kraigg Brathwaite (14), followed by in-form Roston Chase (48), Shai Hope (24), Shimron Hetmyer (35) and Kemar Roach (0). Ishant Sharma finished with the figures of 5/42 when umpires called it a day.

India, who resumed the day at 203 for six, went on to make 297 courtesy a fighting 58 from Ravindra Jadeja who was ably supported by Ishant (19 off 62) during their 60-run stand for the eighth wicket.

The conditions were good for batting but the West Indies batsmen failed to apply themselves.

Ishant made life difficult for them both with bat and ball. After frustrating the hosts in the morning session with his dogged stay in the middle, Ishant troubled the opposition with his incisive spells which included highly effective cross seam deliveries. He was brilliant too with catching off his own bowling as he got two wickets in that fashion.

Ishant Sharma Cricket
Get the latest updates on T20 World Cup, check out the T20 World Cup Schedule and Live Score . Like us on Facebook or follow us on Twitter for more sports updates. You can also download the NDTV Cricket app for Android or iOS.