MS Dhoni had asked for a two month sabbatical from cricket in a bid to train with a Territorial Army unit. 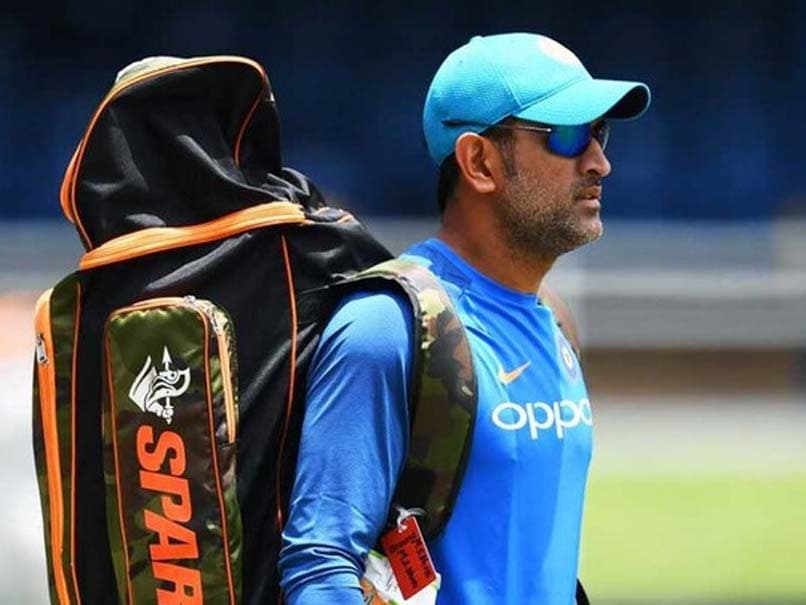 MS Dhoni will not feature in the upcoming tour of West Indies.© AFP

MS Dhoni made himself unavailable for the upcoming tour of West Indies as the former India captain has decided to train with the Territorial Army battalion of the parachute regiment. After India's semi-final exit in the recently concluded World Cup 2019, speculation started to grow regarding MS Dhoni's retirement. However, Dhoni instead opted out of the tour of the West Indies. The MSK Prasad-led selection committee announced the 15-strong squads for the Windies tour on Sunday where the chief selector said that MS Dhoni was unavailable for the series and Rishabh Pant would be the lone wicketkeeper-batsman in the limited overs format.

While MS Dhoni's decision to serve time in the military is being hailed by cricket fans all across, former England cricketer David Lloyd used a laughing emoji after it was revealed that MS Dhoni will not be a part of the Indian squad.

He is a real World Cup winner. But,you paid and https://t.co/DsHcTFaezl,you got the World Cup.

What's funny is that he's only an honorary Lieutenant Colonel and I think jumped off a plane once.

why even this cartoon character of @lancscricket is laughing?! You with less than 20 international matches, and whole career scores not even half of @msdhoni's! What's your eligibility other than earning bread describing players like MSD?!

On Sunday, the selection panel announced that Virat Kohli would be leading the team across all formats. The big news from the selection was that fit-again Shikhar Dhawan is back in the squad for all the three formats.

Also, Ravindra Jadeja, after performing brilliantly with the bat and the ball in the limited opportunities he got in the World Cup 2019, has been picked for every format.

MS Dhoni Graham David Lloyd West Indies vs India 2019 Cricket
Get the latest updates on Fifa Worldcup 2022 and check out  Fifa World Cup Schedule, Stats and Live Cricket Score. Like us on Facebook or follow us on Twitter for more sports updates. You can also download the NDTV Cricket app for Android or iOS.