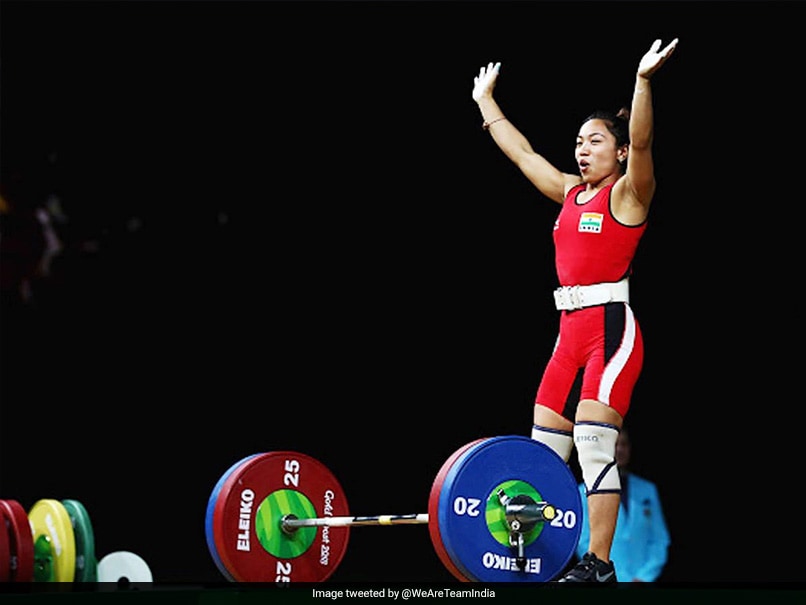 Mirabai Chanu bettered her own national record as she lifted her personal best in all categories.© Twitter

Ace weightlifter Mirabai Chanu missed out on a podium, finishing fourth, in the women's 49 kg event at the World Weightlifting Championships in Pattaya, Thailand on Thursday. Chanu bettered her own national record as she lifted her personal best in all the three categories. In snatch, she lifted 87 kg followed by 114 kg in clean and jerk for a total of 201 kg. The gold medal was won by Jiang Huihua of China with an effort 212 kg (94kg+118kg).

The 18-year-old lifted a 173 kg (72kg+101kg) to be placed at the second spot in the eight-woman field of the easiest group competition. In the snatch section, Sneha finished fifth after lifting 72 kgs.

Comments
Topics mentioned in this article
Weightlifting
Get the latest updates on ICC T20 Worldcup 2022 and CWG 2022 check out the Schedule, Live Score and Medals Tally. Like us on Facebook or follow us on Twitter for more sports updates. You can also download the NDTV Cricket app for Android or iOS.