World Weightlifting Championships: Jhilli Dalabehera Crashes Out Of The Competition

World Weightlifting Championships: Jhilli Dalabehera failed to register a single lift in the snatch section of the women's 45kg event in Thailand. 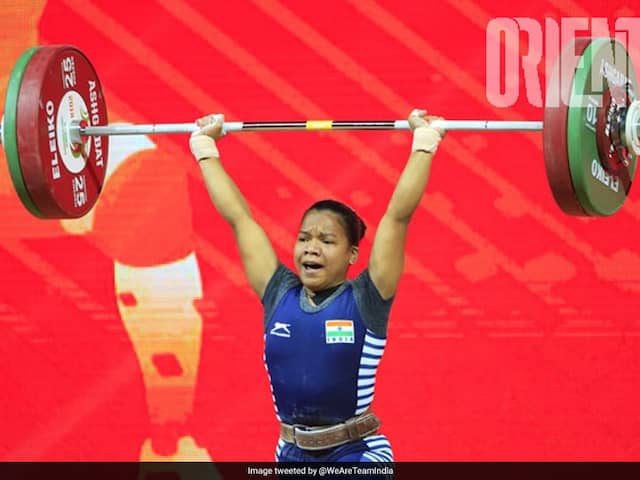 Jhilli Dalabehera failed to lift 68kgs in her three attempts in the snatch event.© Twitter

In a disappointing start to India's campaign, Jhilli Dalabehera failed to register a single lift in the snatch section of the women's 45kg event at the World Weightlifting Championships in Pattaya on Wednesday. Competing in the non-Olympic category, the 20-year-old failed to lift 68kgs in her three attempts in the snatch event, crashing out of the competition. In clean and jerk, Jhilli, an Asian Championship silver medallist, lifted 88 kg. She then unsuccessfully attempted to lift 92kg and 93 kg in her second and third try respectively.

Ludia Ramos Montero of Cuba settled for silver for her total effort of 167jg (76kg+91kg).

Indonesia's Lisa Setiawati grabbed the last spot on the podium. She lifted 165kg (70kg + 95kg). On Thursday, former world champion Mirabai Chanu (49kg) and Sneha Soren will be in action.

(This story has not been edited by NDTV staff and is auto-generated from a syndicated feed.)
Comments
Topics mentioned in this article
Weightlifting
Get the latest Cricket news, check out the India cricket schedule, Cricket live score . Like us on Facebook or follow us on Twitter for more sports updates. You can also download the NDTV Cricket app for Android or iOS.