Listen to the latest songs, only on JioSaavn.com
Weightlifting
Sports Home 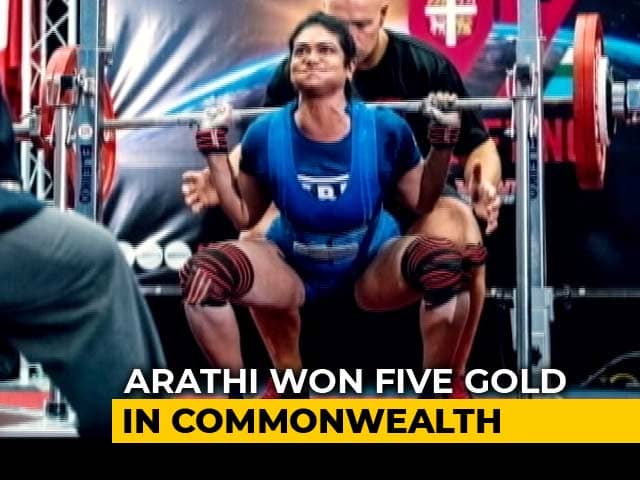 Bodyshamed a few years ago, Chennai's Arathi Arun is now being called Mary Kom in Powerlifting after she won five gold medals in the recent Commonwealth Powerlifting Championship held in Canada. The 44-year-old is a Dental Surgeon developed passion for powerlifting only four years ago. It was bodyshaming, the mother of two children says that triggered in her a passion to pursue powerlifting. "After my second child was born I had put on lot of weight. I was 80 kilos. I wasn't getting my size dress. I was teased when I tried large size dresses. My confidence was too low". At the gym too she says initially many dissuaded her saying "Its an iron game, not a married woman's sport". But there was no stopping and she wanted to prove neither marriage nor weight gain should be a deterrent for women. She says "I told them only we know I'm a woman and married. But the rod there wouldn't know anything. Its going to treat me equally.

Ndtv Sports 3:1
This Medal Has Erased The Disappointment Of Rio Olympics: Mirabai Chanu

0:26
Chanu not satisfied with silver

2:9
After hockey, weightlifting under cloud

Scottish Premiership Season Under Threat Due To Quarantine Breach