Sixteen Indian weightlifters have qualified for next year's Commonwealth Games in Australia after International Weightlifting Federation published the Commonwealth rankings. 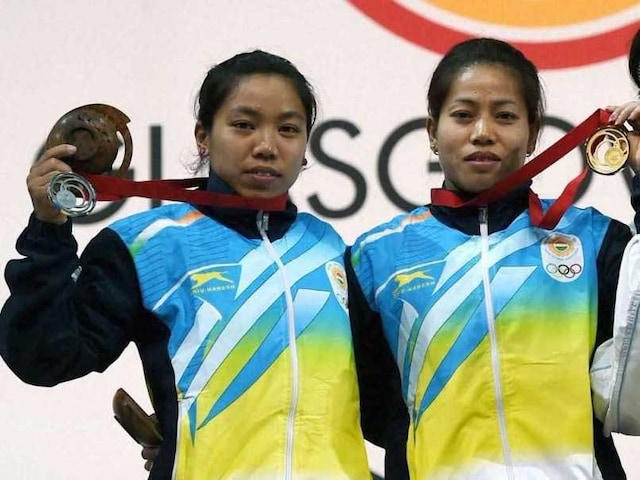 Sixteen Indian weightlifters have qualified for next year's Commonwealth Games in Australia.© PTI

Sixteen Indian weightlifters have qualified for next year's Commonwealth Games in Australia after International Weightlifting Federation published the Commonwealth rankings. S Sathish Kumar and Kh Sanjita Chanu will be looking to repeat their gold medal performances of the last edition's Commonwealth Games during the 2018 event in Gold Coast to be held in April. In the last edition of the Games in Glasgow in 2014, Indians had bagged as many as 12 medals, including three gold. Apart from Sanjita and Sathish, Sukhen Dey (men's 56kg) had also won a yellow metal but he has failed to qualify this time around. In 56kg category, India will be represented by Gururaja. Sanjita, who had won the gold in women's 48kg, has climbed up a weight division and will be competing in 53kg, while Satish would be defending his title in men's 77kg.

In the men's category, Sathish and Vikas Thakur are the only two lifters, who were also there in the squad in the last edition, to have made the cut again.

Thakur had bagged a silver medal in 85kg but this time he would be taking part in 94kg.

As far as women are concerned, Sanjita, Saikhom Mirabai Chanu, Punam Yadav and Vandna Gupta are the known faces from the last edition.

Mirabai Chanu had won a silver in 48kg, Punam finished with a bronze in 69kg, while Vandna was fourth. Squad: