Naseem Shah, who made his Test debut against Australia recently, will add teeth to the Pakistan's bowling attack in the ICC Under-19 World Cup. 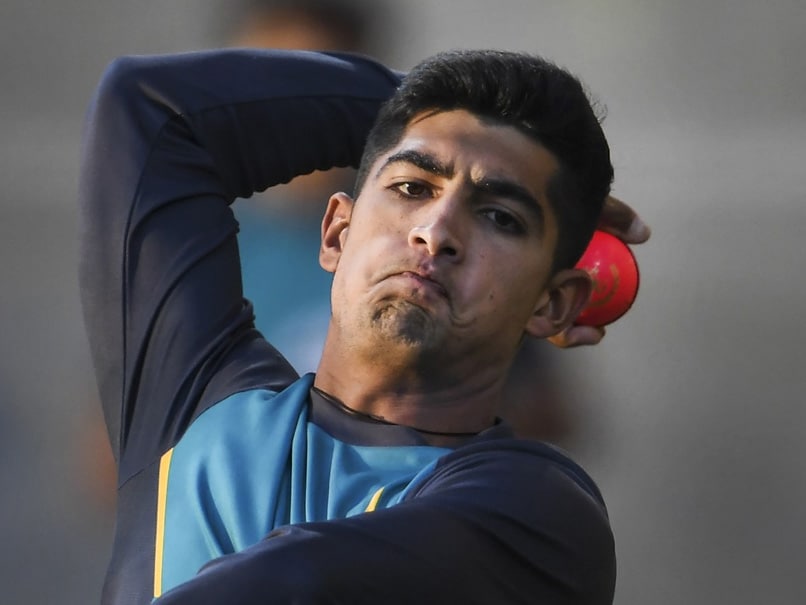 Naseem Shah impressed everyone with his pace and accuracy in his debut match.© AFP

Pakistan Cricket Board's (PCB) junior national selection committee on Friday announced a 15-member squad for next year's ICC Under-19 World Cup in South Africa. Sixteen-year-old emerging fast bowler Naseem Shah, who made his Test debut against Australia last month, has also been picked in the squad. Wicketkeeper-batsman Rohail Nazir, who led Pakistan in last year's ACC U19 Asia Cup, will continue to lead the side, while opener Haider Ali will be his deputy. The squad includes three openers, three middle-order batsmen, one wicket-keeper, three all-rounders, two spinners and three fast bowlers.

Naseem Shah impressed everyone with his pace and accuracy in his debut match in Brisbane. In the match, he picked up prized scalp of Australian opener David Warner who was batting on 154 runs.

Saleem Jaffar, the chairman of Pakistan's junior selection committee, after the meeting said that the players were picked on their "current performances".

"Criteria for selection was current performances and meritocracy, and I am pleased it was a consensus decision. These players have been performing up to our expectations and I am hopeful they will carry their good form into the series and produce solid performances," Jaffar said in the PCB's statement.

Two-time champions Pakistan are clubbed in Group C with Scotland, Zimbabwe and Bangladesh in the 16-team event. They will start their campaign against Scotland on January 19 in Potchefstroom.

Pakistan, who lifted the trophy in 2004 and 2006, will take on Zimbabwe in their second match at the Witrand Oval in Bloemfontein on January 22.

The top two teams from each of the four groups will advance to the Super League, while the remaining teams will feature in the Plate Championship.

The Super League stage will commence from January 28 and the top four sides will qualify for the semi-finals, with the winners competing for the title on February 9, in Benoni.

Zimbabwe U19 Naseem Shah Cricket Pakistan Cricket Board U 19 World Cup 2020
Get the latest updates on IND vs NZ 2021, check out the Schedule and Live Score . Like us on Facebook or follow us on Twitter for more sports updates. You can also download the NDTV Cricket app for Android or iOS.