"735 Not Out": Brian Lara On Meeting David Warner After His Triple Century

After David Warner scored a sensational triple century, Brian Lara met him for the first time at the Australian Open Golf 2019. 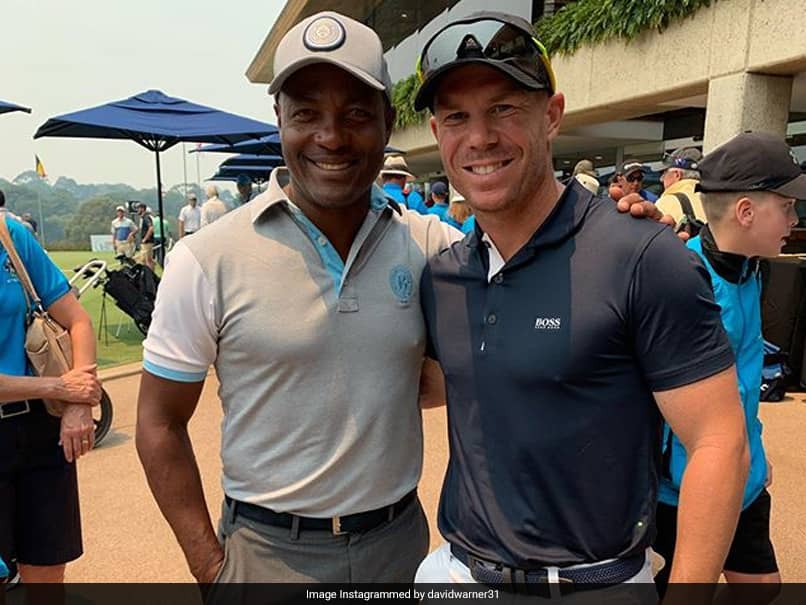 West Indies legend Brian Lara's record for the highest individual Test score was on the line when Australia opener David Warner played a sensational knock of 335 not out against Pakistan in the second match in Adelaide. David Warner could not break the record as Australia captain Tim Paine decided to declare their innings after the opener crossed the 334-run mark - the highest scores of former Australia captains Don Bradman and Mark Taylor. Brian Lara, who was in much appreciation for David Warner's knock, met the opener during the Australian Open Golf 2019. Lara posted a picture along with Warner on Instagram and captioned it "735 not out".

Lara's record of 400 came against England in 2004. Warner's best-ever Test knock helped Australia post a mammoth 589/3 in the first innings.

In response Pakistan were bowled out for 302 and bundled out for 239 runs after they were asked to follow on. Australia clean swept the Test series 2-0 against Pakistan.

Australia are currently second in the World Test Championship standings with 176 points. They will be touring India for a three-match One-Day International (ODI) series in January, 2020.

The series will get underway at the Wankhede stadium in Mumbai on January 14 and will conclude with the final ODI at the M.Chinnaswamy Stadium in Bengaluru on 19th.