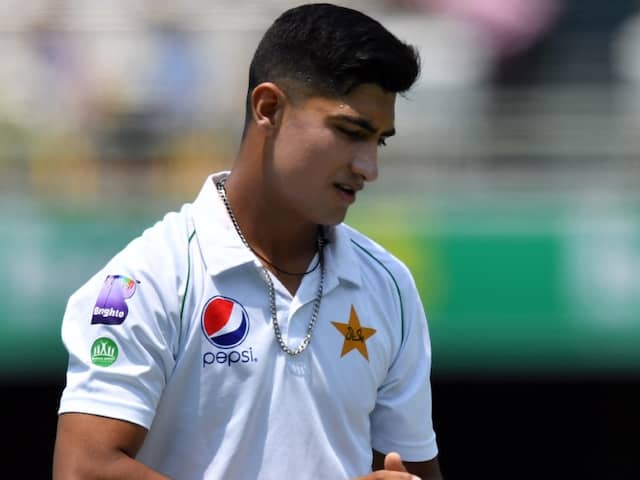 Naseem Shah made his Test debut at the age of 16 against Australia in Brisbane.© AFP

Naseem Shah, the 16-year-old Pakistan fast bowler, was caught in an age controversy after making his Test debut for Pakistan in the first Test against Australia in Brisbane. The controversy sparked when an old tweet from Pakistan journalist Saj Sadiq went viral on social media. Pakistan Cricket Board (PCB) CEO Wasim Khan on Friday cleared the air on the controversy around the young fast bowler's age and said that people question his age because he is a mature lad and he is representing Pakistan at this age.

"You only need to look at his face. He's hardly got any growth on his face. In terms of that, people question it no doubt, just because of his age and the fact that he's a mature lad and the fact he's playing international cricket at this age. But the bottom line is he's 16 years old and he's playing. We don't really care what India think," Wasim Khan was quoted as saying by Sydney Morning Herald.

Looks a terrific prospect. But is 16 now, aging backwards i think https://t.co/frlg06ZIFk

The youngster impressed the cricket fraternity with his pace and maturity in his first international game against a formidable Australian side at the Gabba.

In his first Test, the teenager picked up the priced scalp of David Warner as his first international wicket.

Pakistan, however, failed with the bat in the Test series opener as they lost the first match by an innings and 5 runs.