India and Pakistan face off again as yet another chapter begins in this cricketing rivalry that is one of the most closely followed in the sport. 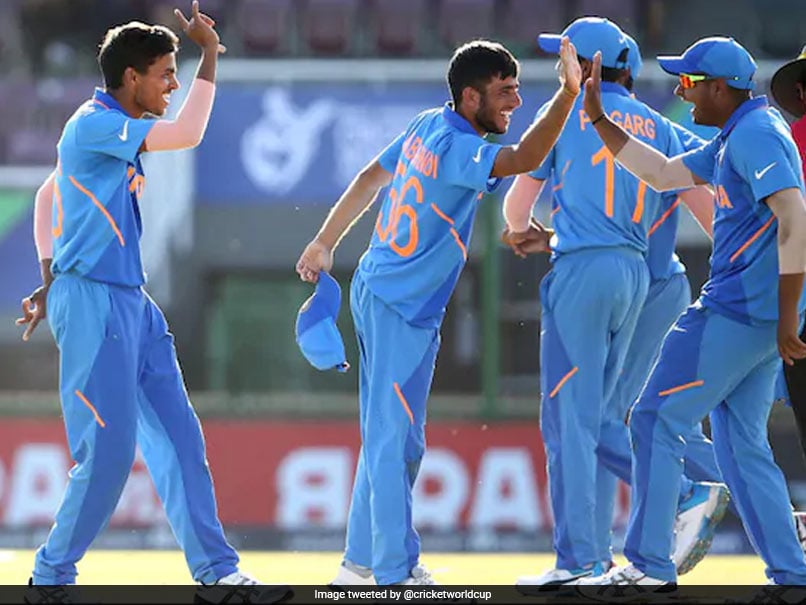 Defending champions India will take on arch-rivals Pakistan in the semi-final of ICC Under-19 World Cup at Senwes Park, Potchefstroom on Tuesday. India booked their spot in tournament's last four after defeating last edition's runners-up Australia by 74 runs, while Pakistan thrashed Asian rivals Afghanistan by six wickets to set up a face-off with the defending champions. After India's batsmen failed with the bat in the quarter-final, the bowlers rose to the challenge and threatened the Australian batsmen with their pace and bounce. India would hope a repeat of performance from their fast bowlers as well the spinners and pile up pressure on Pakistan's batting-order.

Opening batsman Yashasvi Jaiswal and leg-spinner Ravi Bishnoi have been the most consistent performers for the reigning champions and would love to produce the same performance in one of the biggest games of the tournament.

The rivalry between the two Asian neighbours has always been a high-intensity affair and players from both the sides are also well-aware of it.

However, Pakistan batsman Mohammad Huraira, ahead of the game, said that his side will treat this match as "a normal game".

"The India-Pakistan rivalry has always been there," said Huraira.

However, Huraira did accept that there will be an added pressure but added they will not let it play on their minds.

"There will be a bit more pressure, but we'll get used to it. Myself, should I play, I'll try and play it like a normal game, and we look forward to it," he added.

India is the most successful team in tournament's history, having won it on four occasions, whereas Pakistan lifted the trophy in 2004 and 2006.

Pakistan U19 Priyam Garg Yashasvi Jaiswal Ravi Bishnoi Senwes Park, Potchefstroom Under 19 World Cup 2020 Cricket India Under-19 vs Pakistan Under-19, Super League Semi Final 1
Get the latest updates on India vs South Africa and check out  Schedule, Results and Live Score. Like us on Facebook or follow us on Twitter for more sports updates. You can also download the NDTV Cricket app for Android or iOS.