U-19 World Cup: Pakistan Outclass Afghanistan By 6 Wickets, To Face India In Semifinal

ICC U-19 World Cup: Half-century from opener Muhammad Huraira on debut and a fine bowling performance powered Pakistan to a six-wicket win over Afghanistan in quarterfinal. 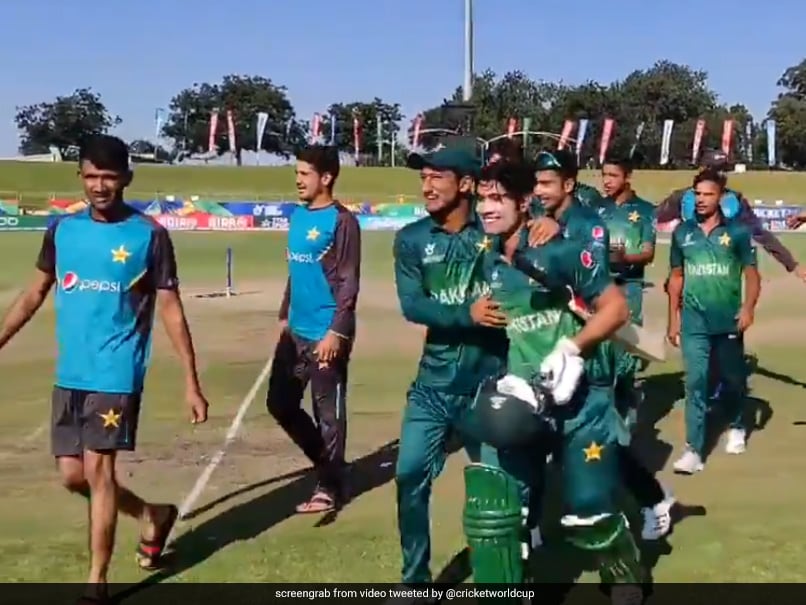 Qasim Akram and Mohammad Haris remained not out as Pakistan chased down the total in 41.1 overs.© Twitter

A half-century from opener Muhammad Huraira on debut and a fine bowling performance powered Pakistan to a six-wicket win over Afghanistan in the ICC U-19 World Cup in Benoni, South Africa, on Friday, setting up an exciting semifinal against arch-rivals India. Afghanistan fought hard after posting 189 but just did not have enough runs on the board. Huraira, playing his first game of the tournament, struck a match-winning knock in the fourth quarterfinal.

Defending champions India and Pakistan play their semifinal in Potchefstroom on February 4. India had beaten Australia in their quarterfinal match.

Talking about the team's performance, Pakistan captain Rohail Nazir said: "We dropped 2-3 early catches and had we held on, we could have restricted them to a lesser total. The spinners bowled really well in the middle overs and bowled them out for 190. The wicket was turning a bit and our plan was to rotate strike. The opening partnership was good and we played sensibly in the middle overs."

On the India game, he added: "It is another game. India is a good side and we need to play good cricket. The crowd really motivated us, appreciated us and I hope they turn up for the semifinal and cheer for us." Afghanistan captain Farhan Zakhil said 189 was defendable.

"The wicket was good and our batsmen did not take responsibility. They bowled well and created the chances. 190 was a par score for our bowlers. We expected our fast bowlers to provide early wickets and they were not able to do that," said Zakhil.

Afghanistan U19 Willowmoore Park, Benoni Under 19 World Cup 2020 Cricket Afghanistan Under-19 vs Pakistan Under-19, Super League Quarter Final 4
Get the latest updates on Fifa Worldcup 2022 and check out  Fifa World Cup Schedule, Stats and Live Cricket Score. Like us on Facebook or follow us on Twitter for more sports updates. You can also download the NDTV Cricket app for Android or iOS.