India are the defending champions and have captured the U-19 World Cup title on four occasions while Pakistan were back-to-back champions in 2004 and 2006. 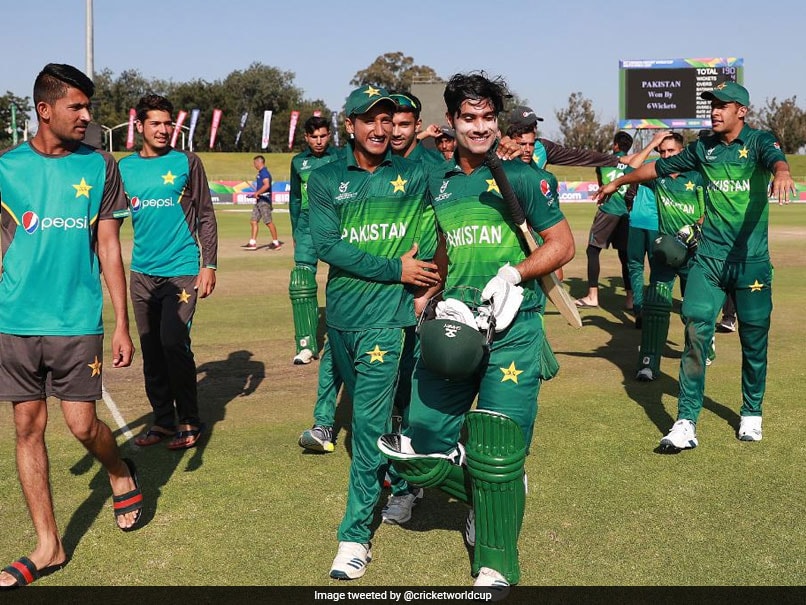 U-19 World Cup: Pakistan beat Afghanistan to set up a semi-final clash against India.© Twitter

Pakistan will treat the latest episode in their long cricket rivalry with neighbours India as "a normal game", batsman Mohammad Huraira said Friday ahead of their Under-19 World Cup semi-final. Huraira struck 64 off 76 balls on Friday as Pakistan comfortably chased down 190 to beat Afghanistan in the quarter-finals of the youth tournament. Next up is a clash against India in Potchefstroom on Tuesday with a place in the final at stake. "The India-Pakistan rivalry has always been there," said Huraira. "There will be a bit more pressure, but we'll get used to it. Myself, should I play, I'll try and play it like a normal game, and we look forward to it."

India are the defending U-19 World Cup champions and have captured the Under-19 title on four occasions.

They beat India in the 2006 final in Colombo where they bowled out their rivals for just 71 pursuing a modest target of 109.

On Friday, Pakistan eased to victory with 53 balls to spare in Benoni but Huraira's innings came to a controversial end, being 'Mankaded' by Afghanistan bowler Noor Ahmad.

Afghan captain Farhan Zakhil admitted after his side's eventual six-wicket defeat that they may not have resorted to the tactic if they had been in a better position.

"At that time, we realised let's do something different to build pressure on Pakistan," Zakhil told cricinfo.com. "To be honest, it was not in the spirit of the game."

But Huraira conceded that he was to blame for leaving his crease.

"I should've been in the crease, and I'll learn from the mistake. I'll ensure it isn't repeated again."

India made the semi-finals with a 74-run win over Australia on Tuesday, maintaining their perfect record in the tournament having won all of their three group games.

The second semi-final features Bangladesh against New Zealand, also in Potchefstroom, on Thursday.

Pakistan U19 Under 19 World Cup 2020 Cricket
Get the latest updates on Fifa Worldcup 2022 and check out  Fifa World Cup Schedule, Stats and Live Cricket Score. Like us on Facebook or follow us on Twitter for more sports updates. You can also download the NDTV Cricket app for Android or iOS.