Scott Boland also equalled the record for the quickest five-wicket haul in Test cricket in terms of balls bowled. He took just 19 balls to complete his five wickets 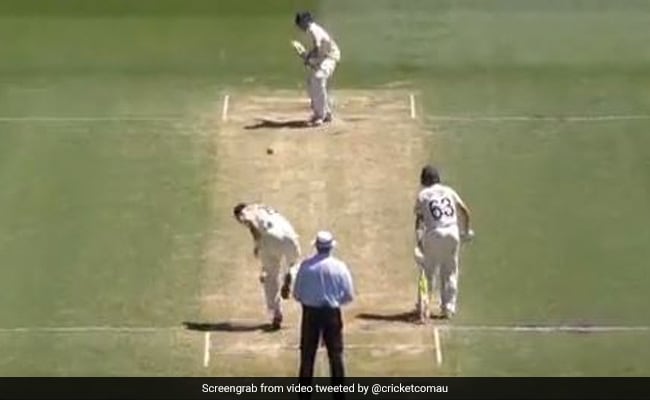 Scott Boland picked up seven wickets in the third Test

Debutant Scott Boland picked up 6 wickets in 4 overs for just 7 runs in England's second innings to help Australia bowl out the visitors for 68 and win the third Test by an innings and 14 runs on Tuesday. The resounding victory meant Australia took an unassailable 3-0 lead in the five-match series and also retained the Ashes. Boland was adjudged Player for the Match for picking up 7 wickets (He had picked up his maiden Test wicket in the first innings). The right-arm seamer, who had picked two wickets in one over in the final session on Monday, picked up four more wickets on Day 3 as England were bowled out in 27.4 overs.

Boland also equalled the record for the quickest five-wicket haul in Test cricket in terms of balls bowled. He took just 19 balls to complete his five wickets. Australia's Ernie Toschak and England's Stuart Broad are the other bowlers to have taken five wickets in an innings in 19 balls.

Boland, who was brought into the Australian Ashes squad as an injury cover, dismissed Hasib Hameed, Joe Root, Jack Leach, Ollie Robinson, Jonny Bairstow and Mark Wood in what turned out to be memorable debut.

The 32-year-old seamer said he could not believe the Test match finished so quickly - The match ended in less than two and half days.

"Can't really believe. We thought we had a chance of winning today when we came in, but just not so quickly. I came to know on Christmas Eve, and had a lot of support from teammates and family. It was a big step up from anything that I have played, and I knew it would be tough. I want to thank the crowd for all their support over the last three days, really appreciate it," he said after the match.

Reacting to his record spell, Boland said he was "speechless" and rated it as his "best-ever."

"I'm speechless as well, had no idea it would be over so soon. Those are my best-ever figures, nothing has happened this quickly before. They (the crowd) were amazing, going down there (near the boundary) gave me a real buzz," he added.

England Cricket Team Scott Boland Cricket
Get the latest updates on ICC T20 Worldcup 2022, check out the Schedule and Live Score. Like us on Facebook or follow us on Twitter for more sports updates. You can also download the NDTV Cricket app for Android or iOS.