Controversy In 1st Ashes Test As Ben Stokes Oversteps 14 Times, Gets Called For No-Ball Only Twice

Ashes: Controversy erupted on Day two of the ongoing first Test between Australia and England at the Gabba on Thursday as Ben Stokes was spotted bowling 14 no-balls in the opening session in Brisbane. 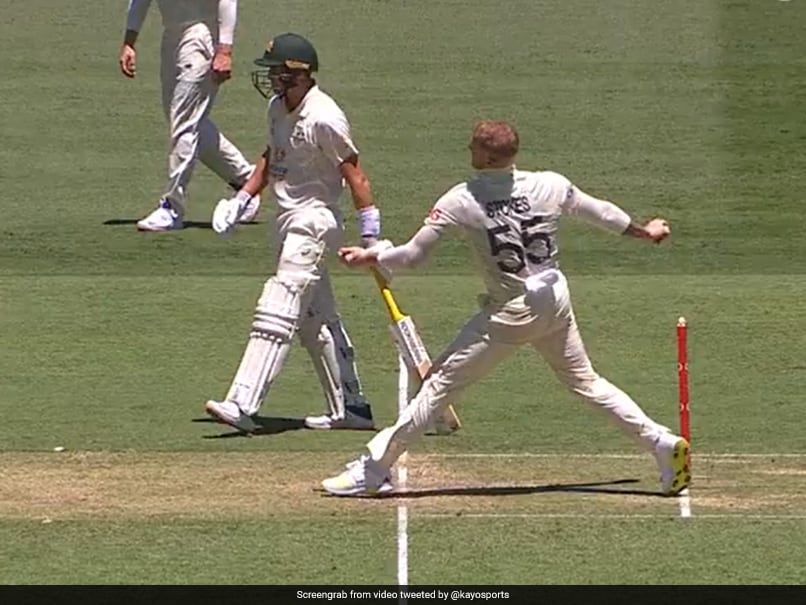 Ashes: Ben Stokes had bowled a total of 14 no-balls, of which only two were called.© Twitter

Controversy erupted on Day two of the ongoing first Ashes Test between Australia and England at the Gabba on Thursday as Ben Stokes was spotted bowling 14 no-balls in the opening session in Brisbane. He, however, was only called out twice, including the delivery in which he castled David Warner. Even as that happened, Stokes did not show much enthusiasm as he was probably aware that he might have overstepped. Warner, who was batting on 17 at that time, was asked to wait as the big screen showed that Stokes had indeed crossed the popping crease.

Following the aftermath of Warner's close escape, Australia's Channel 7 highlighted that Stokes had overstepped in each of his three previous deliveries making it four no-balls on the trot, but only called out once by the umpiring.

Things got even worse when the Sydney-based media outlet further highlighted that Stokes had bowled a total of 14 no-balls in the opening session, of which only two were called.

There were 14 (!) no-balls bowled by Ben Stokes in the first session.

Just one was called on-field, plus the 'wicket' ball on review #Ashes pic.twitter.com/ePfj0YEaHH

Earlier this year, ICC had decided to hand over the no-ball calling duties to the third umpire. But it has been reported that the technology used to detect the bowlers' front-foot no-ball has not been working for the ongoing Test.

"The third umpire shall review television replays of the bowler's front foot landing and, if he/she is satisfied that any of these three conditions have not been met, he/she shall immediately advise the bowler's end umpire who shall in turn immediately call and signal No-ball," the ICC had stated.

Fuming over the incident, former Australia skipper Ricky Ponting blamed the umpire of "pathetic" officiating, adding that if Stokes was called out earlier, he would've been much more cautious.

Brisbane Cricket Ground (Woolloongabba), Brisbane The Ashes, 2021/22 Cricket Australia vs England, 1st Test
Get the latest updates on India vs Australia and check out  Schedule, Results and Live Score. Like us on Facebook or follow us on Twitter for more sports updates. You can also download the NDTV Cricket app for Android or iOS.