Emma Raducanu made history by becoming the first ever qualifier to reach a women's singles Grand Slam final. 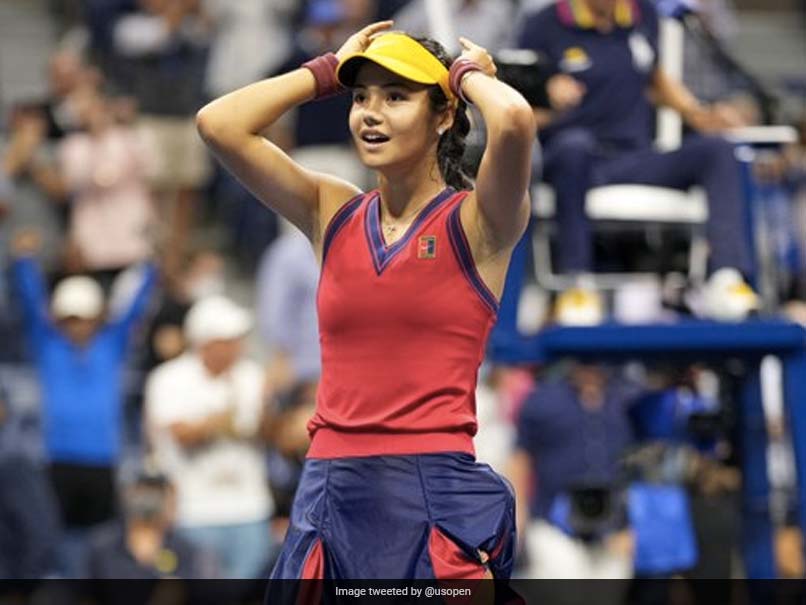 Emma Raducanu made history by becoming the first ever qualifier to reach the women's singles final at a Grand Slam. The British teen defeated 17th seeded Maria Sakkari of Greece 6-1, 6-4 in the semi-finals at the US Open on Thursday (local time) to also become the youngest Grand Slam finalist in 17 years. A 17-year-old Maria Sharapova had won the Wimbledon title in 2004. Raducanu, who is ranked 150th in the world, will take on another teen Leylah Fernandez, 19, of Canada in the women's singles US Open final.

US Open's Twitter handle shared a video of the final point that sent Raducanu into the final. The Briton was visibly shocked, holding her head in disbelief at what she had just achieved.

You're going to the #USOpen final! pic.twitter.com/x9LsPp6Rog

First time in over two decades, two teens will battle it for the top honours in a Grand Slam final. At the 1999 US open, a 17-year-old Serena Williams took on and beat Martina Hingis, 18.

This is just the eighth instance that an all-teen Grand Slam final will be witnessed in the Open era (since 1968).

"I'm in the final and I can't actually believe it," Raducanu said.

"Is there any expectation?" Raducanu said. "I'm a qualifier so technically on paper there's no pressure on me."

"Now I can say I've done a pretty good job of achieving my dreams," Fernandez said.

Comments
Topics mentioned in this article
Emma Raducanu Tennis
Get the latest updates on ICC T20 Worldcup 2022 and CWG 2022 check out the Schedule, Live Score and Medals Tally. Like us on Facebook or follow us on Twitter for more sports updates. You can also download the NDTV Cricket app for Android or iOS.