Tennis stars, including Maria Sharapova and Naomi Osaka, dazzled at the Met Gala event in New York on Monday 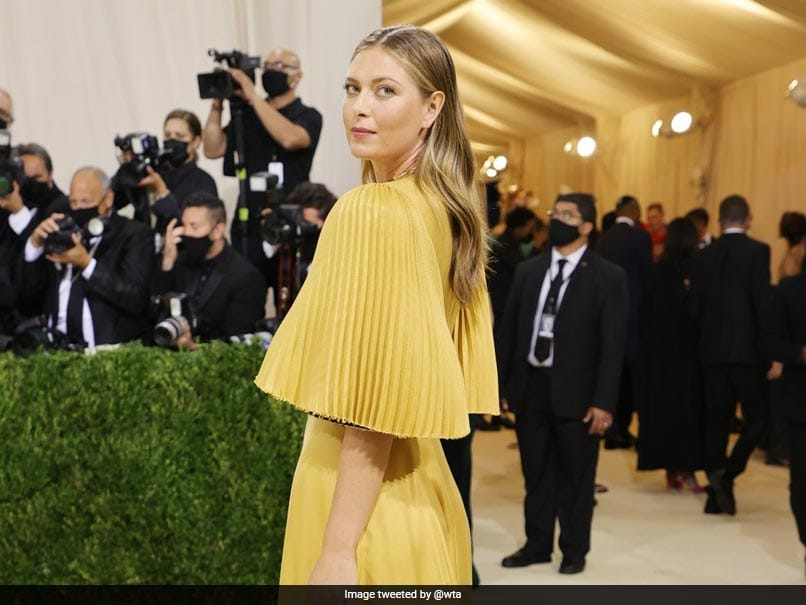 Maria Sharapova, Serena Williams and other Tennis stars dazzled at the Met Gala event in New York on Monday. Naomi Osaka co-chaired the  charity ball while this year's US Open teenager finalists Leylah Fernandez and Emma Raducanu were also in attendance. Women's Tennis Association (WTA) took to Twitter to share pictures of Maria Sharapova and Venus Williams from the event, dubbing them as "fashion queens".

Naomi Osaka wore a Louis Vuitton gown that featured print designs by her sister, paying tribute to her Haitian and Japanese ancestry.

Naomi arrived at the 2021 Met Gala in a custom Louis Vuitton outfit, featuring a purple and blue swirl-print gown with a sweetheart-style neckline and an elaborate black ruffled cape, reported People magazine.

She amped up the drama quotient by pairing it with black boots and an elaborate hairstyle, accented with red sparkles.

"We both really love fashion and we love designing," Naomi said, adding that they paid homage to the theme of the night (In America) by representing her heritage.

"For me Americana kinda means a mix of all cultures and this dress and this look kind of represents my two backgrounds, Haitian and Japanese, so I was really glad I was able to incorporate it," she added.

Here are the red carpet looks of Tennis stars