No "Scooby Doo" Tennis This

With a match comprising just a set, it's easy to put the IPTL in the "exhibition tennis" bracket, but that's not what Roger Federer thinks. 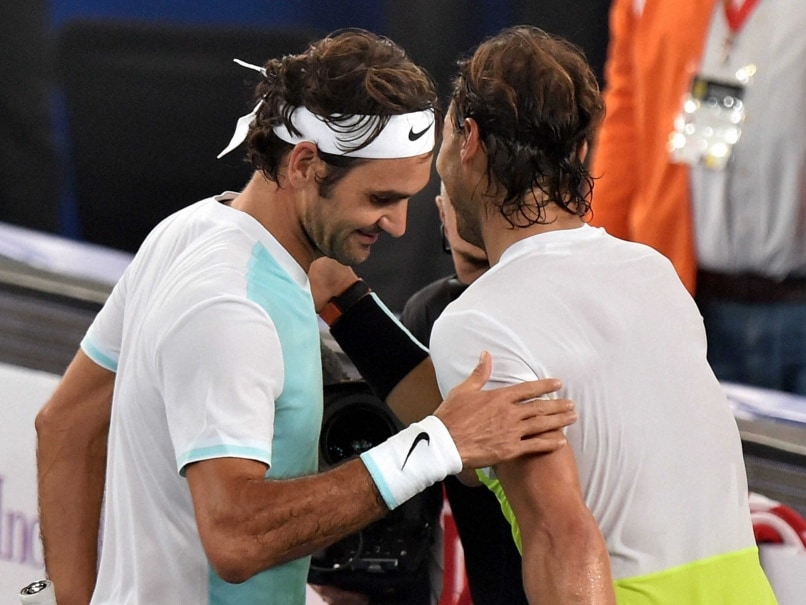 "Things to do before you die: Watch Nadal vs Federer - LIVE", said one of the many posters held up by fans at New Delhi's Indira Gandhi Indoor Stadium on Saturday night, as Mahesh Bhupathi made the seemingly impossible, possible. Make Roger Federer and Rafael Nadal face off against each other, right here in India. "So what if it's one set? It's still those same two guys, right?" said the fan, a high school student, who held up the above mentioned poster at the venue. Like her, most weren't complaining at all.

The International Premier Tennis League (IPTL) has been called exhibition tennis and popcorn tennis, among others. But there's certain amount of seriousness attached to it, says the man who has won 17 Grand Slams and played his first match of the ongoing second season in New Delhi, Roger Federer. "Depends on what you call exhibition tennis," said Federer. "I mean we have Kids Tennis Day in Australia with Scooby Doo and stuff around. This is not Scooby Doo, we're playing serious tennis. And the fact that you're part of a team, which doesn't happen very often for us, is what makes it great fun."

On Saturday, the Swiss Maestro lost in both the singles and doubles sets to arch rival Rafael Nadal. The doubles set preceded the singles, and it almost felt like the crowd of 13,200, the highest in the 3 days, wanted Rohan Bopanna and Marin Cilic (doubles partners for Nadal and Federer respectively), to vacate the court as soon as possible. Because hey, they'd come from all over the country to watch Federer vs Nadal, right?

And the two legends didn't disappoint. Federer took the set to a shootout when both players were at 5-5, and eventually lost. "I actually thought I would do worse because I was rusty, while Rafa had played in Manila and here before this," Federer said. "Glad I could give him a fight. That's always fun."

"Yes, I was hoping for the same. Some fight from your side," Nadal beamed back to respond. 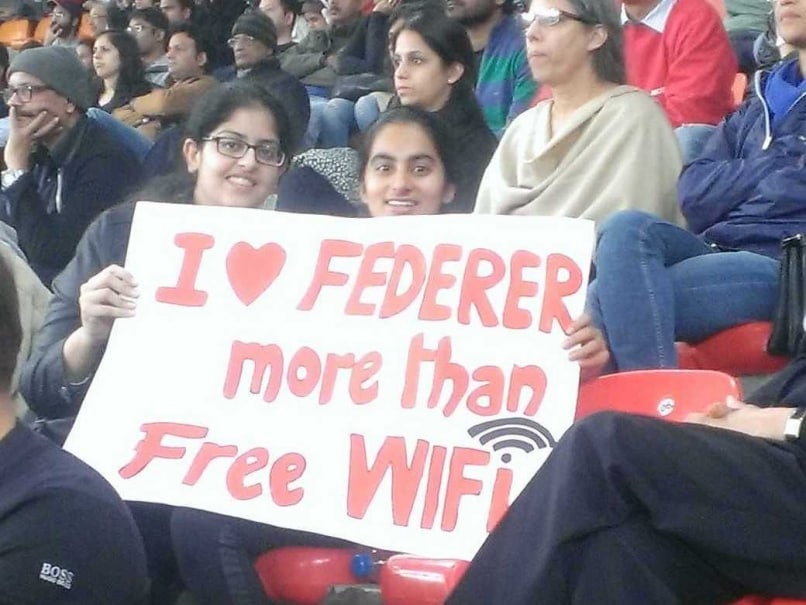 Roger Federer and Rafael Nadal fans during their clash in Delhi.

At around 10 pm when the singles set eventually began, the cheers seemed to mix and merge. Between "Come on Rafa!" and "We love you Roger", it was tough to pick which camp was louder. Everyone was just happy to watch the two men in action. Every point was cheered for, it didn't matter whose racquet it came off. The same fan who went "Vamos Rafa!" when the Spaniard took a 2-0 lead in the set, chanted "Yes Fedex, come on!" when the Swiss broke him.

And that perhaps, in a way, sums up the rivalry between these two superstars. One that has lasted longer than Becker-Edberg and Sampras-Agassi. But more importantly, one that is full of emotions, between the two players themselves and the fans, and a whole lot of mutual respect.

And that kind of camaraderie, unusual many would say for rivals, often turns even the toughest journalist into a fan, and a bit of a nervous wreck too.

A journalist at the post-match press conference intended to ask a question to Nadal, but asked it looking straight at Federer. Understanding the scribe's nerves, Fedex smiled and pointed to his right, "THAT is Rafa." - causing the packed press conference room to burst into laughter. The journalist, still evidently nervous, continued to stare at Federer and pose his question for Nadal. "THAT is Rafa. There!" Federer said again. It made even Nadal blush!

31 Grand Slams in one room. 43 if you add the 12 won by IPTL founder Mahesh Bhupathi, who also addressed the press along with the two superstars. Yes, it can be a bit overwhelming for even the best of the best. 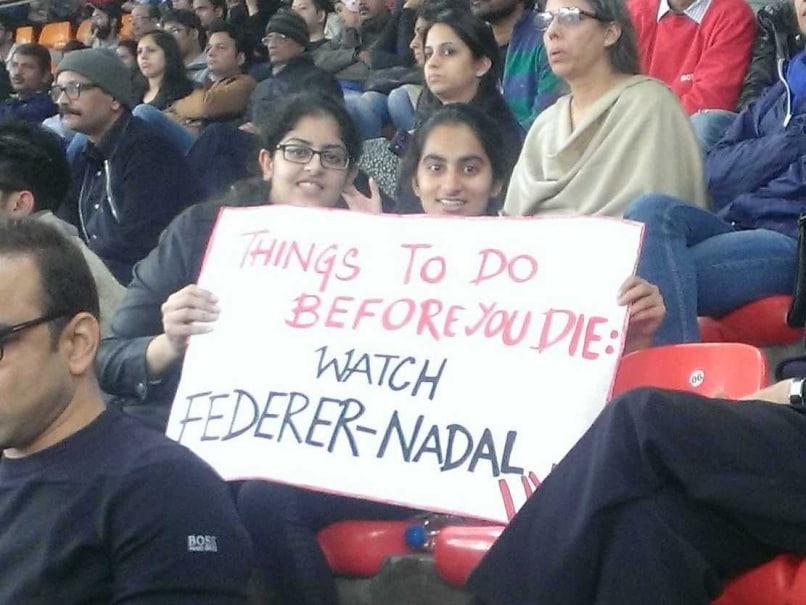 Admitting that speaking in English wasn't exactly his strength, Nadal did his best to answer the endless questions from the press - on IPTL, on Federer, on his knee, on his coach, on next year's Olympics. "My English, you know..." Nadal said, smiling ear-to-ear. Clearly in a good mood, Federer responded, "Go on, Rafa. I am enjoying listening to this!"

While the journalists were lapping up this rare moment that many of them would not perhaps experience for a second time in their lives, the fans didn't want to be left behind. Hordes of them flocked from the indoor arena where the two had just finished their match, and stuck their faces, noses, cellphones, and cameras to the glass doors of the press conference area.

It was in the middle of a journalist's question that the crowd that had gathered outside screamed, "We love you!" in chorus. Federer, not perturbed one bit by the security breach that had happened, told the journalists, "Oh, I think these guys love your voice! Go on."

Neither Nadal, nor Federer are sure about their IPTL commitments next year. "2016 is a big year," said Federer - One in which he would partner his "hero", Martina Hingis, in the Mixed Doubles at the Rio Olympics. "I was hitting at the training centre when I was 15, and she was 16 and already winning Wimbledon!" he laughed. "It's been 15 years. Yes, we're a bit rusty, but I am very much looking forward to it."

"For me, 2015 hasn't been my best season. But in the last three months or so I think I've picked up, and I'd like to continue my training in my off time and carry that form into the Australian Open," said Nadal, "But I have loved IPTL for sure of whatever I've seen and played so far."

Comments
Topics mentioned in this article
Roger Federer Rafael Nadal Tennis
Get the latest updates on IPL 2021, check out the IPL 2021 Schedule and Indian Premier League Live Score . Like us on Facebook or follow us on Twitter for more sports updates. You can also download the NDTV Cricket app for Android or iOS.