Is There Life After Roger Federer And Rafael Nadal?

Andy Murray and Novak Djokovic, at 29 a year younger than Rafael Nadal and with fewer injuries, may be around for a while but Roger Federer and Nadal, who have contested eight Grand Slam finals, are by far the most popular players on tour 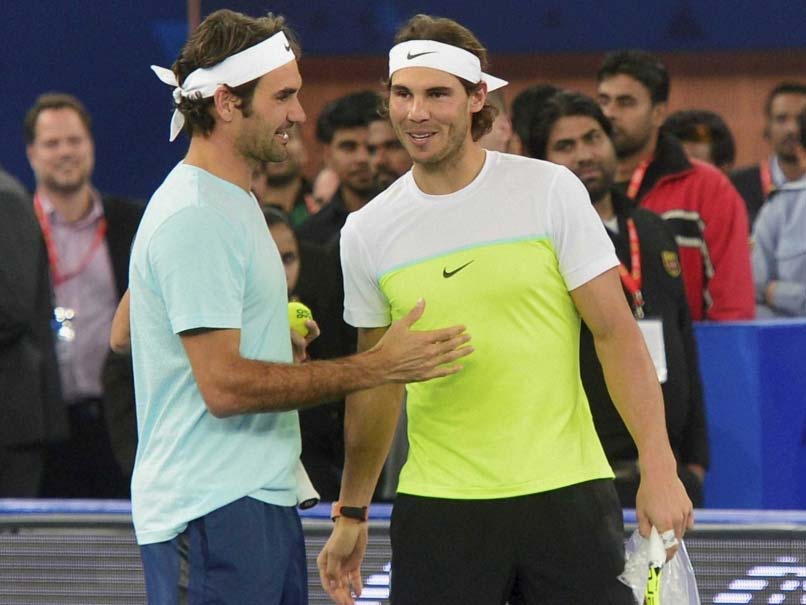 Federer will face Nadal in the Australian Open final, their eighth Grand Slam final against each other.© PTI

The performances of Roger Federer and Rafa Nadal in reaching the final of this year's Australian Open have served a timely reminder as to what men's tennis was missing when both were sidelined last year. But the efforts of the 17-time and 14-time grand slam champions, at least one of whom featured in all but nine of the 44 Grand Slam finals from 2005 to 2015, have also shown just how much the game will miss them when they're gone.

"I was already prepared in the last couple of majors and I have to say ... I didn't miss them that much," said former world number one Mats Wilander, now a commentator for Eurosport.

"Now they're back I realise, wow, how much they add. They made it look so easy, Federer's way of playing and Nadal's way of being, it's just so natural they're going to win.

"Now it's like going to see the (Rolling) Stones every night. For me it's unbelievable."

Federer, who missed the second half of last year with a knee injury, is through to his 28th Grand Slam final and victory on Sunday would give him a record 18th Grand Slam title.

Nadal, who pulled out of the French Open last summer with a left wrist injury which also forced him to miss Wimbledon, will be on the other side of the net.

Andy Murray and Novak Djokovic, at 29 a year younger than Nadal and with fewer injuries, may be around for a while but Federer and Nadal, who have contested eight Grand Slam finals, are by far the most popular players on tour.

The ATP's chairman and chief executive, Chris Kermode, believes the tour is strong enough to cope.

"Roger and Rafa are two of the most iconic stars to have ever played our sport," he said by email.

"It's hard to quantify precisely how much of the growth in the sport we have seen in the last 15 years or so should be attributed directly to them but their contributions have been immense both in terms of captivating audiences worldwide on the court, as well as leading by example away from the court.

"There will inevitably come a time when their careers come to an end and the sport will miss them.

"But no player is bigger than the sport, and men's tennis has an uncanny ability to consistently produce global stars that transcend the game."

Kermode pointed to the likes of German teenager Sascha Zverev, Bulgaria's Grigor Dimitrov, Kei Nishikori of Japan and the Australian, Nick Kyrgios, as players the tour can showcase in years to come.

Mike Bryan, one half of the most successful doubles partnerships of all time with his twin brother Bob, believes it will be almost impossible for Federer and Nadal to be replaced.

"They are mega A-list celebrities anywhere they go in the world so it's going to be tough for the game once they retire," he said.

"There's always someone who comes up and takes over ... but these guys have done so much for the game and they're just class acts."

The impact of their eventual departure is also likely to be felt by television companies, whose ratings soar when they are playing.

"The global television viewership for the ATP World Tour has grown by more than 100 percent since 2008," Kermode said, pointing to a number of structural changes.

"Of course, the players have played a huge part in that (but) we remain confident in the future of our product.

"The reality is that the sport is not going to lose the so-called Big Four from one year to the next. There will be a gradual process that will likely span 4-5 years, and that's a long time in our sport."

Wilander said the pair may be sticking around for a while yet in any case.

"I think we still have potentially some of the greatest matches between the two of them," he said.

"They both know more now and they look fit and healthy and they move as well as they've ever done. Life after them is way down the road."

© Thomson Reuters 2017
Comments
Topics mentioned in this article
Roger Federer Rafael Nadal Novak Djokovic Andy Murray Tennis
Get the latest updates on IPL Auction 2023 and check out  IPL 2023 and Live Cricket Score. Like us on Facebook or follow us on Twitter for more sports updates. You can also download the NDTV Cricket app for Android or iOS.