French Open 2020: Rafael Nadal defeated Mackenzie McDonald of the United States 6-1, 6-0, 6-3 and progressed to the third round. 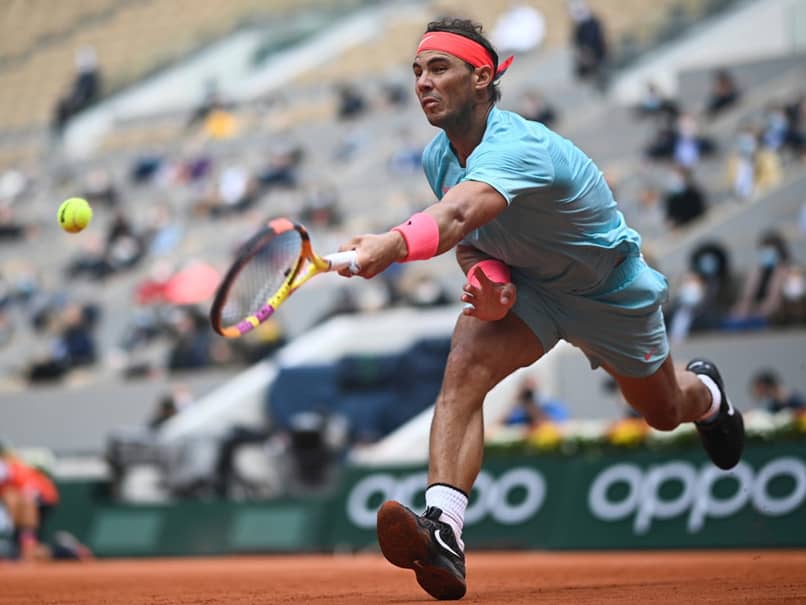 French Open 2020: Defending champion Rafael Nadal has progressed to the third round.© AFP

Defending champion Rafael Nadal took another step closer to a 13th Roland Garros title on Wednesday with a 6-1, 6-0, 6-3 win over Mackenzie McDonald of the United States. Second seed Nadal claimed his 95th career win at the tournament and next faces either Kei Nishikori of Japan or Italy's Stefano Travaglia. Nadal didn't face a break point in Wednesday's tie and hit 31 winners. Nadal looked in ominous form as he stepped up his pursuit of Roger Federer's 20 major titles with a crushing win over 236th-ranked McDonald.

The Spaniard batted aside McDonald in exactly 100 minutes. "The aim was to play as well as possible. I'm very happy. I have another difficult match next," said Nadal.

The 34-year-old needs one more major to pull level with long-time rival Federer and owns an astonishing 95-2 record in Paris going back to his triumph on debut in 2005.

Meanwhile, US Open winner Dominic Thiem too swept into the third round on Wednesday with a 6-1, 6-3, 7-6 (8/6) victory over American qualifier Jack Sock.

The Austrian third seed will play Norway's Casper Ruud, seeded 28th, or American Tommy Paul for a place in the last 16 in Paris.

Comments
Topics mentioned in this article
Rafael Nadal Mackenzie McDonald Tennis
Get the latest updates on IPL 2020, check out the IPL Schedule for 2020 and Indian Premier League (IPL) Cricket live score . Like us on Facebook or follow us on Twitter for more sports updates. You can also download the NDTV Cricket app for Android or iOS.