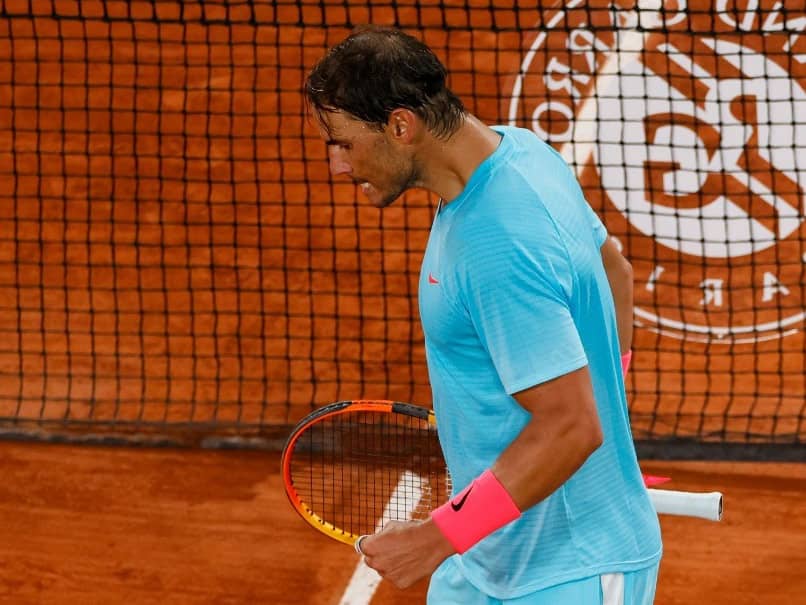 Rafael Nadal and Dominic Thiem take great leaps into the unknown on Sunday when they tackle opponents ranked outside the top 200 for place in the Roland Garros quarter-finals. Second seed Nadal, the 12-time champion, faces world number 213 Sebastian Korda whose father Petr was runner-up in 1992. World number three and US Open champion Thiem, runner-up to Nadal for the last two years, meets Hugo Gaston, ranked at 239. Korda, 14 years younger than 19-time Slam winner Nadal, admits that he was in awe of the great Spaniard growing up.

"I named my cat Rafa after him. That says a lot about how much I love the guy," said 20-year-old Korda who came through qualifying and prior to this week had never won a match on the main tour.

However, sport runs deep in his DNA.

Petr Korda won the Australian Open in 1998. His mother Regina Rajchrtova is a former top 30 WTA player while sisters Nelly and Jessica are respectively the world number two and 22 on the LPGA golf rankings.

Nadal has barely moved out of first gear so far, dropping just nine games in his last two rounds.

His record in Paris now stands at 96 wins against just two losses since his 2005 debut.

"I know he's playing great. He's a very young kid with a lot of power. I think he has an amazing future - hopefully not yet," said the world number two of Korda.

Gaston is the only French player left in the men's tournament from the 18 who started out.

Having defeated 2015 champion Stan Wawrinka in five sets in the third round, the wildcard has to take on Thiem.

Austrian Thiem, like Nadal, has reached the last 16 without dropping a set.

His only struggle has been getting used to playing Roland Garros in the autumn rather than its traditional May-June slot.

"It's strange to wake up for a match in Roland Garros and it's still dark," said the 27-year-old who is looking to make the quarter-finals for a fourth successive year.

The Italian is the youngest man in the last-16 since Novak Djokovic in 2006.

Sinner hasn't dropped a set in three matches and in Friday's win over Federico Coria of Argentina, he fired 54 winners.

Zverev, buoyed by making his first Grand Slam final in New York last month, is in the fourth round for a third straight year.

The day's other last 16 match features Diego Schwartzman, the 12th seeded Argentine who stunned Nadal in Rome on the eve of Roland Garros.

He faces 46th-ranked Lorenzo Sonego of Italy who is in the fourth round of a major for the first time.

Top seed and 2018 champion Simona Halep has been as untroubled as Nadal and Thiem in cruising into the second week.

On Friday, the Romanian needed just 54 minutes to gain revenge over Amanda Anismova, the American teenager who knocked her out of Paris in the quarter-finals in 2019.

Halep on Sunday takes on 19-year-old Iga Swiatek of Poland. Halep dropped just one game when the pair met in the last 16 a year ago.

Trevisan takes on Dutch fifth seed Kiki Bertens who is in the fourth round for the first time since her semi-final run in 2016.

Novak Djokovic Rafael Nadal Dominic Thiem Tennis
Get the latest updates on India vs Australia Series, check out the India vs Australia Schedule for 2020-21 and Ind vs Aus live score . Like us on Facebook or follow us on Twitter for more sports updates. You can also download the NDTV Cricket app for Android or iOS.