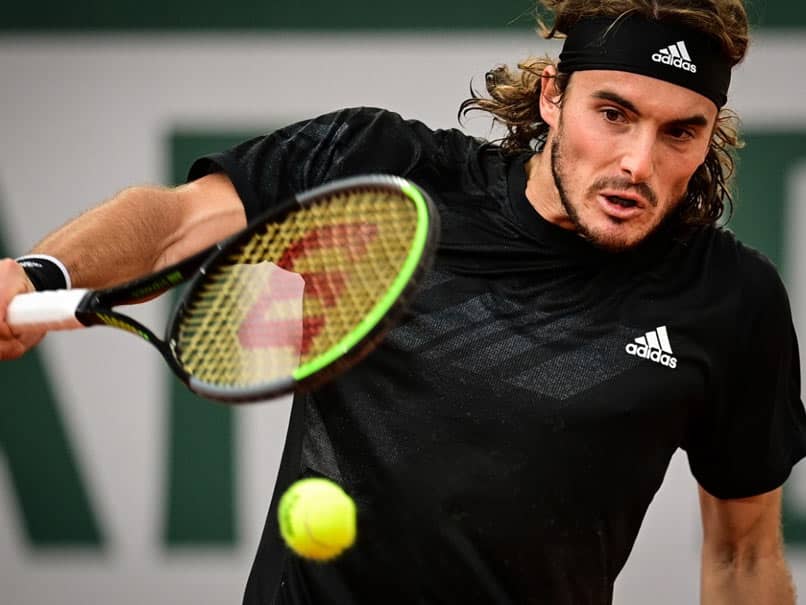 Stefanos Tsitsipas reached his second Grand Slam semi-final on Wednesday with a straight-sets win over Andrey Rublev at Roland Garros, setting up a potential clash with world number one Novak Djokovic for a place in the championship match.The Greek fifth seed avenged last month's loss to Rublev in the Hamburg final by defeating the Russian 7-5, 6-2, 6-3 to match his breakout run at the 2019 Australian Open. He will play Djokovic or Spanish 17th seed Pablo Carreno Busta in the last four on Friday.

"I've been feeling really comfortable on this court and despite not having a good start and being a break down, I remembered what a big fighter I am," said Tsitsipas.

"It's also about fighting and trying to find solutions in difficult moments. I managed to put my brain to work."

Tsitsipas, 22, has now won 15 successive sets at the tournament having been two sets down to Jaume Munar in the opening round.

However that streak looked in peril when Rublev, also making his first French Open quarter-final appearance, served for the opening set at 5-4.

A loose game from the Russian 13th seed allowed Tsitsipas to recover and he rattled off four consecutive games to take the lead.

Tsitsipas, last year's ATP Finals champion, dominated the second set to leave Rublev on the brink, profiting from a favourable netcord to break at 3-2 after carving the opening following a 28-shot rally.

Only Djokovic has won more than Rublev's three titles in 2020, but the world number 15 was powerless to stop a supreme Tsitsipas who closed out victory inside two hours.

Tsitsipas, who was the first Greek to have made the quarter-finals in Paris, crunched 35 winners and made just 17 unforced errors.

US Open rematch for Djokovic

Later on Wednesday, top seed Djokovic will target a 38th Grand Slam semi-final when he plays Carreno Busta as he chases a second French Open and 18th major title.

Djokovic has dropped just 25 games through four rounds and sits three wins away from becoming the first man in half a century -- and only the third in history -- to win all four Slams twice.

However, the 33-year-old suffered his only defeat of the year against Carreno Busta when he was disqualified from the US Open last month for an angry swipe of a ball which hit a female line judge squarely in the throat.

The Serb's only heart-stopping moment in Paris came in his last 16 win over Karen Khachanov when a ball ricocheted off the frame of his racquet and accidentally smashed into the face of a line judge.

"My gosh, it was a very awkward deja vu," said Djokovic, whose 35 wins this year are the most of any player.

The 29-year-old made the semi-finals for the second time in New York and was also in the last eight at Roland Garros in 2017.

However, that experience ended in heartbreak with an abdominal injury forcing him to quit against Rafael Nadal after just 52 minutes.

Carreno Busta, who needed treatment on a stomach problem in last 16 win over Daniel Altmaier on Monday, says that Djokovic's legacy should not be permanently scarred by the incident in New York.

"I think Novak is a great player, a great person. Sometimes we cannot control our emotions. A mistake," said the Spaniard.

Comments
Topics mentioned in this article
Stefanos Tsitsipas Tennis
Get the latest updates on IPL 2020, check out the IPL Schedule for 2020 and Indian Premier League (IPL) Cricket live score . Like us on Facebook or follow us on Twitter for more sports updates. You can also download the NDTV Cricket app for Android or iOS.