Dominika Cibulkova hardly broke a sweat as she breezed past Germany's World No.31 Laura Siegmund while Caroline Wozniacki dumped Olympic champion Monica Puig out of the Sydney International 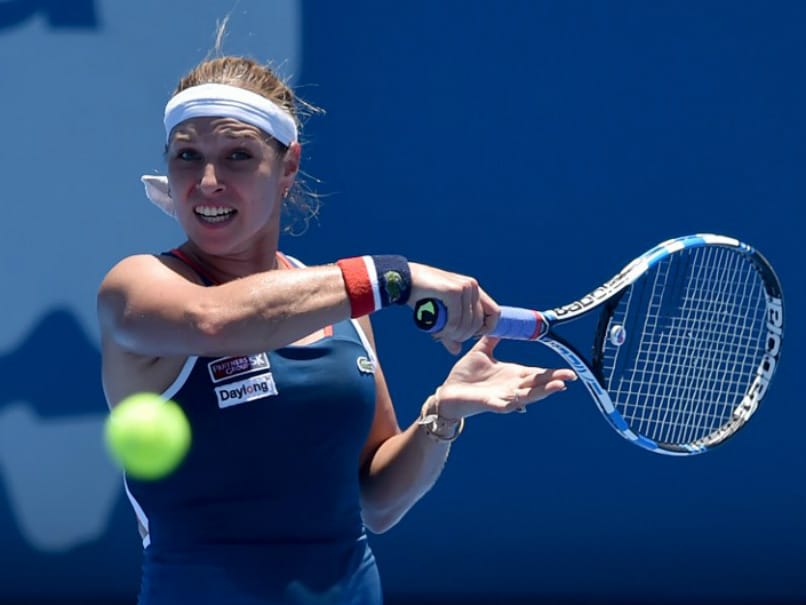 Dominika Cibulkova will play Canada's Eugenie Bouchard in the 2nd round of the Sydney International.© AFP

World No.6 Dominika Cibulkova and former World No.1 Caroline Wozniacki made a winning start to their women's singles campaign at the Sydney International on Monday.

Cibulkova hardly broke a sweat as she breezed past Germany's World No.31 Laura Siegmund. The Slovakian dropped just two games as she thrashed her German opponent 6-2, 6-0.

Meanwhile, Wozniacki was made to work hard for in her 6-3, 2-6, 6-4 win over Olympic champion and last year's finalist Monica Puig.

Puig, who lost to Russia's Svetlana Kuznetsova in last year's final in Sydney, had 12 break point opportunities but could only convert three, while Wozniacki put away three of four break points.

The diminutive Cibulkova, who lost to China's Li Na in the 2014 Australian Open final, will next play Canadian wild card Eugenie Bouchard in the second round of the WTA lead-in tournament to next week's Australian Open.

"When you start a season, you always start with some confidence, not doubt, but you always need to get into this match rhythm," said Cibulkova.

"It's not easy if I would expect myself to play like I did in the (WTA) final against Kerber, I think that would be too much expectation.

"This is the time of the year when you just have to warm up yourself in the matches."

Cibulkova, who lost to Agnieszka Radwanska in the Sydney final four years ago, was knocked out in the quarter-finals of last week's Brisbane International by France's Alize Cornet in straight sets.

Kerber and Radwanska, the top two seeds, have a bye into the second round at Sydney.

British sixth seed Johanna Konta was too strong for Australian Arina Rodionova 6-3, 6-4 and fellow Australian Samantha Stosur again bombed out in the first round, going out 6-3, 6-1 to Russia's Anastasia Pavlyuchenkova.

"It was tough conditions out there. I don't really know what to say," said Stosur, who has not won a match in almost five months.

Russian-born Australian Daria Gavrilova advanced with a 6-3, 7-6 (7/1) win over Croatia's Donna Vekic in a night match.

Comments
Topics mentioned in this article
Dominika Cibulkova Caroline Wozniacki Svetlana Kuznetsova Agnieszka Radwanska Anastasia Rodionova Arina Rodionova Angelique Kerber Laura Siegemund Monica Puig Tennis
Get the latest updates on India vs Australia and check out  Schedule, Results and Live Score. Like us on Facebook or follow us on Twitter for more sports updates. You can also download the NDTV Cricket app for Android or iOS.