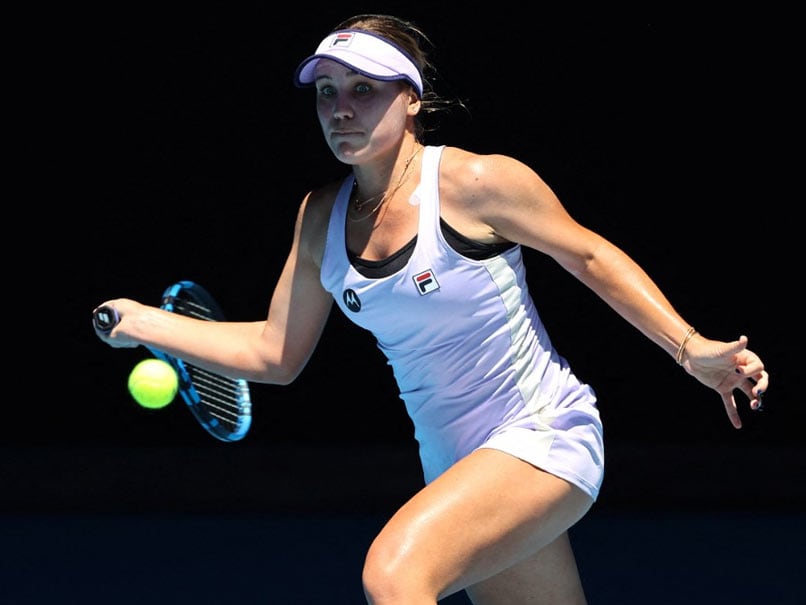 AUS Open 2021: Kenin made a scratchy start Tuesday to her title defence.© AFP

An "annoyed" Sofia Kenin played with tears in her eyes during her scratchy start Tuesday against local wildcard Maddison Inglis, as she grapples with the pressure of defending her Australian Opentitle. The fourth seed prevailed 7-5, 6-4 in one hour and 26 minutes, with the volatile American vocal throughout and frustrated with her patchy performance.

"I was obviously quite annoyed the whole match," said Kenin, who made 27 unforced errors. "There were some tears. Eyes were a little bit wet during the match.

"I tried to cool off, put that aside. I have to handle my emotions, let off some steam before the match. As the match went, luckily it was fine."

The 22-year-old's return to the scene of her stunning breakthrough Grand Slam title, where she beat Garbine Muguruza in three sets, has been rocky after losing in the warm-up Yarra Valley Classic in the quarter-finals to the Spaniard.

She left the court then in tears and later declared she was troubled by a left groin injury, which she said might have been attributed to the mandatory 14-day hotel quarantine on arrival in Australia.

Kenin said she had yet to find comfort with her new role of defending a Slam.

"I have to somehow get better at that if I want to do well here. Obviously, I don't have any tricks because this is my first time experiencing this.

"I hope that my emotions will somehow come down as the matches go. We'll see. I cannot promise anything."

Moscow-born Kenin, playing with the roof open on Rod Laver Arena, appeared to move freely but struggled against the gritty Australian during a tight first set marked by long baseline rallies.

She eventually shrugged off the 23-year-old Inglis, who has not won a Grand Slam match in four attempts.

Kenin next plays in-form Kaia Kanepi of Estonia, who was runner-up in the warm-up Gippsland Trophy.

Comments
Topics mentioned in this article
Sofia Kenin Tennis
Get the latest updates on ICC T20 Worldcup 2022 and CWG 2022 check out the Schedule, Live Score and Medals Tally. Like us on Facebook or follow us on Twitter for more sports updates. You can also download the NDTV Cricket app for Android or iOS.