Ashleigh Barty won four titles in 2019 including the prestigious WTA Finals and finished the year on top of the WTA rankings. 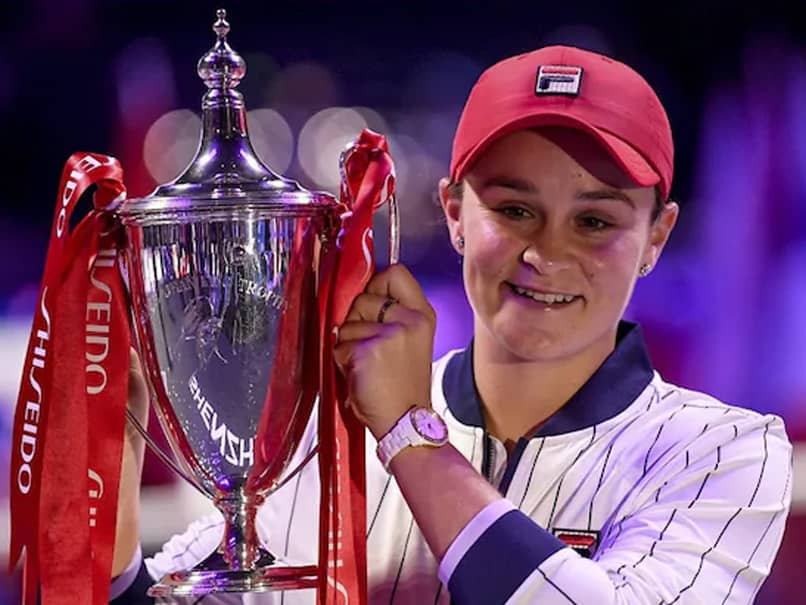 Ashleigh Barty took the award with 82 percent of the media vote.© AFP

Australian Ashleigh Barty, whose breakout 2019 campaign included a French Open crown and world number one ranking, was named the WTA Player of the Year on Wednesday. Barty, who is the first Australian to top the women's tennis rankings since Evonne Goolagong Cawley in 1976, took the award with 82 percent of the media vote.

It was a fitting end to a campaign that saw Barty claim her first Grand Slam title at Roland Garros.

Her four titles in 2019 included the prestigious WTA Finals, where she cemented her place atop the year-end rankings.

Barty, who led the tour with 57 match wins, had ascended to number one in September and finished the year nearly 2,000 points ahead of second-ranked Karolina Pliskova.

The 23-year-old started the season ranked 15th in the world.

Her coach, Craig Tyzzer, was named WTA Coach of the Year.

In voting for the award Barty finished ahead of fellow Grand Slam champions Bianca Andreescu, Simona Halep and Naomi Osaka.

Canada's 19-year-old US Open champion Andreescu was named Newcomer of the Year.

Comments
Topics mentioned in this article
Ashleigh Barty Naomi Osaka Simona Halep Karolina Pliskova Tennis
Get the latest updates on IPL 2021, IPL Points Table , IPL Schedule 2021 , live score . Like us on Facebook or follow us on Twitter for more sports updates. You can also download the NDTV Cricket app for Android or iOS.